Best Bows: Most Powerful Bows and Where to Get Them | Assassin's Creed Valhalla 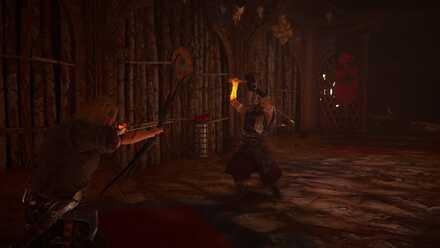 This is a guide to the best bows that can be found in Assassin's Creed: Valhalla (AC Valhalla). Read on to find out the stats for each of the strongest bows and where you can find them to gain the power to defeat the toughest foes!

The Best Bows in AC Valhalla

Skadi's Wrath brings with it one of the highest damage and highest stun damage available to Light Bows in the game. Not only does it bring good damage with its base and upgraded stats, but the bow also packs quite a punch when hitting critical areas against far away foes, making it a valuable tool when picking off enemies stealthily. For a Light Bow, Skadi's Wrath does the job amazingly well.

Skadi's Wrath Stats and Where to Find

Boasting one of the better base stats there is for all Light Bows, Death-Skald is a nifty substitute for Skadi's Wrath if you're looking for a bow that can hold you over while you upgrade that bow to its maximum potential. Nonetheless, keeping this bow isn't a bad idea either due to how close it is to the type of stats for a bow you'll need for the endgame.

Petra's Arc is a pound for pound champion when it comes to bows, posting extremely good stats on damage output, with a chance for critical damage when you're close to Full Health. It makes attacking things from range a viable way of ending conflicts before they begin – particularly in situations where assassinations are necessary.

Despite having relatively weak base stats for a Predator Bow, the Needler is an effective weapon once upgrades come in. It has the ability to create Sleep Clouds which can influence other nearby enemies for every headshot you make in stealth, making this a valuable tool for the sneaky.

Second only to Petra's Arc in terms of power output, the Sagittarius Bow is its relatively weaker cousin. It's pitifully slow speed means a huge trade-off with regards to the number of shots you can put out for the amount of damage it can provide. Nonetheless, hitting weakpoints negates this one negative, as targeting these points increases speed.

Bringing to the table stolid stats, both base and upgraded ones, Death-Speaker also packs with it the ability of restoring parts of your health when you strike at weakpoints. Couple this with solid damage output against enemies, and you have a bow that you can very well keep and upgrade all the way to the end of the game from when you first receive it.

Register as a member and get all the information you want. (It's free!)
Login
Opinions about an article or post go here.
Opinions about an article or post
We at Game8 thank you for your support.
In order for us to make the best articles possible, share your corrections, opinions, and thoughts about "Best Bows: Most Powerful Bows and Where to Get Them" with us!
When reporting a problem, please be as specific as possible in providing details such as what conditions the problem occurred under and what kind of effects it had.