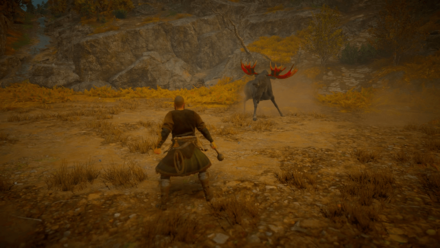 This is a guide for the Legendary Animal O Yan Do' Ne in Vinland for Assassin's Creed Valhalla (AC Valhalla). Read on to find more about this dangerous beast.

West of Kahrhakaiòn:ne near where 4 rivers meet.

The arena itself is a flat cliffside where you have to battle the red-antlered moose. 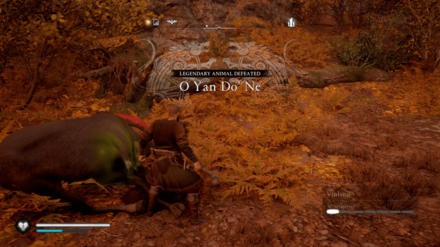 This beast isn't difficult to defeat.

The only attacks that you have to watch out for are side attacks with its wide antlers and its ability to throw dust towards you which results in temporary blindness. 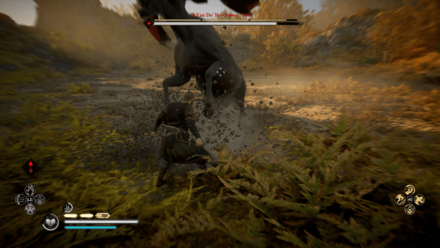 The beast's attacks are mostly centered around the use of its head and antlers much like The Elk of Bloody Peaks. The Brush With Death skill grants you opportunities to strike at the beast without worrying about its quick reaction. 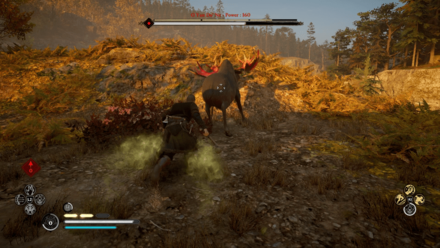 As previously stated, most of this beast's attacks come from its head and antlers. Positioning on its flanks or rear are key to this fight.

Register as a member and get all the information you want. (It's free!)
Login
Opinions about an article or post go here.
Opinions about an article or post
We at Game8 thank you for your support.
In order for us to make the best articles possible, share your corrections, opinions, and thoughts about "O Yan Do' Ne Legendary Animal Guide" with us!
When reporting a problem, please be as specific as possible in providing details such as what conditions the problem occurred under and what kind of effects it had.