A Brewing Storm | Dag Choices: Give or Deny His Axe? | Assassin's Creed Valhalla 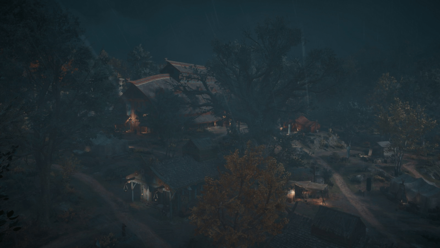 This page is a walkthrough for the Quest: A Brewing Storm in the game Assassin's Creed Valhalla (AC Valhalla). Read on to learn more about the quest objectives, stealth routes, notables, and more! 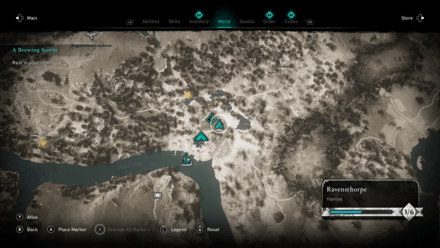 The quest starts in Ravensthorpe after reporting to Randvi about the events that transpired in Cent.

Boss Strategies: How to Beat Dag 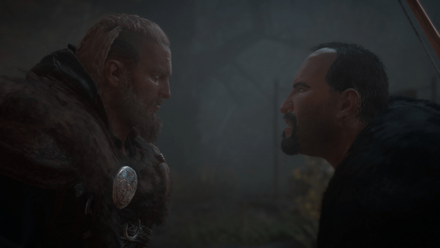 Dag's boss fight can be broken down into three phases. He will use a different combination of weapons and slightly alter his move set in each of these phases.

Read on to know mechanics and strategies for each phase of Dag's boss fight.

Dag Choices: Give or Deny His Axe? 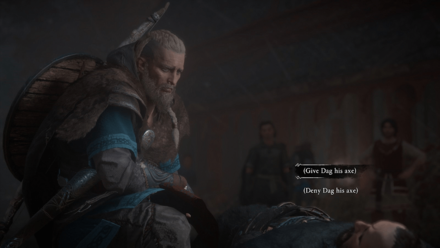 This is a major decision that can determine the ending of Assassin's Creed Valhalla's story.

Placing the axe in Dag's hands during his final moments contributes towards a specific ending in Assassin's Creed Valhalla in which Sigurd and Eivor return to England together after the A Brother's Keeper quest of the In The Hall of The Slain story arc.

Refusing to return Dag's axe during his final moments contributes towards a specific ending in Assassin's Creed Valhalla in which Sigurd does not return to England with Eivor after the A Brother's Keeper quest of the In The Hall of The Slain story arc.

Three more territories will show up in Randvi's Alliance Map after completing this quest.

Each territory in the Alliance Map has their own story arc and you can change your pledged location at any time.

Below is a table of the newly-added territories with their respective Story Arc and Starting Quest:

Register as a member and get all the information you want. (It's free!)
Login
Opinions about an article or post go here.
Opinions about an article or post
We at Game8 thank you for your support.
In order for us to make the best articles possible, share your corrections, opinions, and thoughts about "A Brewing Storm | Dag Choices: Give or Deny His Axe?" with us!
When reporting a problem, please be as specific as possible in providing details such as what conditions the problem occurred under and what kind of effects it had.