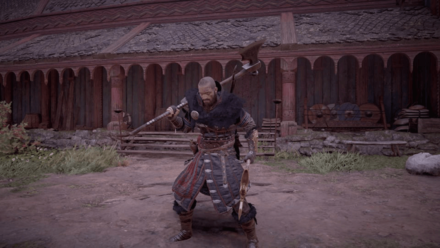 This is a guide to the best weapon combos that can be used in Assassin's Creed: Valhalla (AC Valhalla). Read on to find out the best pairings you can use to elevate your game and defeat your foes!

Dual Wielding weapons in AC Valhalla unfortunately does not stack the individual damage output of your weapons. It instead factors in the stats of the weapon you have equipped as your primary whenever you attack an opponent. However, dual wielding does open up the ability to do certain combos as well as stacked weapon effects if your equipped weapons have them. 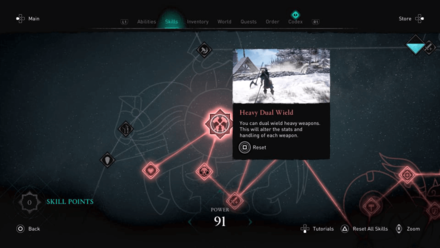 In the early stages of the game, players are only limited to dual wielding one-handed light weapons. To be able to maximize harder hitting, heavier weapons, players will need to unlock the Heavy Dual Wield skill in order to match up better weapons for better effects.

For a full guide on dual wielding Heavy Weapons, check out our guide below!

Prioritizing speed over raw damage output, pairing Varin's Axe with Soldier's Flail is the perfect combo for lightweight builds apart from having Dual Daggers. Having a speed bonus when at full health and a burst of speed from every successful hit you dish out against enemies ensures swift encounters. The attack combo when you have either weapon as your secondary also adds interesting finishers to your usual hack and slash attacks.

Both weapons when paired with the Brush with Death skill makes you nearly untouchable. Perfectly executing dodges slows down time while also triggering Yngling Seax's bonus damage. Each successful hit with the knives increases Critical Damage, and using the unique weapon combo animation ensures that most enemies fall swiftly to your blades.

When paired once again with the Brush with Death skill, the combination of increased speed on perfect dodges, along with the severe range you have when dual wielding spears, makes this a combo that will leave your enemies with rarely any openings to strike at you. Groups of enemies are rendered unable to maximize their strength in numbers due to the weapon effects you have, along with your range.

Similar in range with the Fyrd Spear and Fafnir's Fang combo, using this combo gives you great reach against groups of enemies. With chances for Criticals increased, each hit you do make ignites the Sepulcher Axe for fire damage against foes. Placing the axe as your secondary weapon also allows for wide, sweeping attacks that leaves foes unable to reach you if you trigger the unique attack it has.

In order for us to make the best articles possible, share your corrections, opinions, and thoughts about 「Best Weapon Combos: The Best Weapons to Dual Wield | Assassin's Creed Valhalla」 with us!