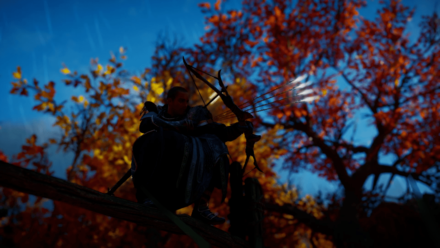 The Best Abilities in AC Valhalla

If you have ever felt the desire to knock out more than just one target when attacking with your bows, then the Mark of Death ability is for you. So long as enemies are within your vision, and aren't too far apart, letting loose a volley of arrows will guarantee you large amounts of damage.

What makes it better is that when you are faced with small numbers of enemies, the ability will let you target weakpoints instead, which is particularly useful when up against stronger foes.

The most useful ability in AC Valhalla, not just for its combat purposes, but for its usefulness outside of it as well. Having this ability will save you hours when trying to blow up breakable walls and other obstacles that you'll need to find oil jars for.

Apart from this, this ability is a savage one when used against enemies bunched together in a tight group, or when you wish to set small traps against enemies that try to rush you.

This ability almost always means certain death for whoever you target. The beauty of Harpoon Impalement however, is that you can drag targets into another enemy, or group thereof, which will knock them down or completely eliminate them altogether.

Although there doesn't seem to be anything special with this ability at first glance, Kick of Tyr is actually very useful even when pit against bosses. This ability makes it so that targeted foes will be knocked to the ground and be receptive to a finishing move. In lieu of this, enemies, strong or weak, can be kicked off of ledges, platforms, or cliffs for a quick victory.

Back to Abilities Top 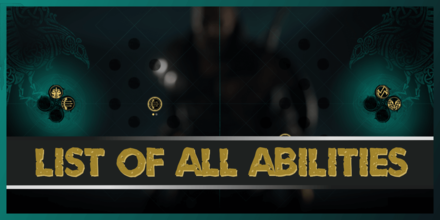 In order for us to make the best articles possible, share your corrections, opinions, and thoughts about 「Best Abilities: The Best Abilities and Where to Find Them | Assassin's Creed Valhalla」 with us!