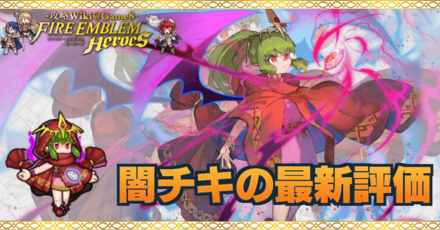 This is a ranking page for the hero Tiki - Torpid Dragon from the game Fire Emblem Heroes (FEH). Read on to learn the best IVs (Individual Values), best builds (Inherit Skill), weapon refinement, stats at Lv 40, and more for Fallen Tiki (Young).

Fallen Tiki's best IVs are +Spd and -Hp. Despite being an armored unit, F! Tiki has a great speed stat, but quicker infantry and flying units can often gain a follow-up attack on her. In order for her to take less follow-up attacks from foes with higher Spd stats, +Spd is the ideal boon.

+Res is also a very good boon to have. While her base Def is quite high, her Res is somewhat lacking, so a boon here can increase her defensive capability and increase her versatility. Regarding banes, any of them are fine, but avoid a -Res bane, as it will signigicantly lower her utility, as her Res stat will decrease by 4. -HP is the safest option for a flaw.

This build strengthens F! Tiki's capability as an enemy phase unit. Tiki's defensive stats are already rather strong, but Fort. Def/Res will allow her to safely tank attack after attack from the foe. With Bold Fighter in the B slot, Tiki can get both a counterattack and follow-up attack, allowing her to be an extremely tanky enemy phase unit.

This is a low investment build for F! Tiki. Tiki's base build is already quite powerful, so all she needs is an assist and a sacred seal to be ready for battle. When a foe initiates combat, Tiki can counterattack and strike twice through a follow-up attack, meaning she can easily wipe out foes with low defensive capability.

This build is based around inheriting Distance Def 4. With this build, F! Tiki can tank attacks from powerful Aether Raid units like Ophelia and Legendary Alm, then finish them off with a counterattack. To further increase her utility, you should edit the team to include a teammate like Eir who can boost Tiki's Res and allow her to tank more attacks.

Fallen Tiki's Exclusive Weapon currently cannot be refined. This section will be updated if it becomes refinable in the future.

Fallen Tiki is a non-ranged (Range = 1) magic attacker. Therefore, when not accounting for the Weapon Triangle, the amount of damage she deals will be equivalent to her Atk minus the foe's Res stat. As a colorless unit, she will generally take and receive damage regardless of the weapon triangle.

F! Tiki's exclusive weapon skill Razing Breath will let her counterattack a foe regardless of range. On top of being able to take down ranged foes who try and attack from a distance, the skill is also effective on dragons, meaning that she can go toe to toe with powerful Arena/Aether Raid units like Legendary Tiki or Idunn.

Large bonus to offensive stats when HP is below 80％

F! Tiki's default A skill Brazen Atk/Spd will give her Atk/Spd+7 when her HP gets below 80%. This gives her a significant boost in offensive capability, meaning that when a foe initiates combat and triggers this skill, she can deal a ton of damage and turn the tables when counterattacking.

F! Tiki has the armor-type only skill Special Fighter 3, which grants Special cooldown +1 to Tiki and simultaneously inflicts Special cooldown -1 on the foe in combat. The merit of this skill is the ability to speed up her special activation time while slowing down that of the opponent, allowing her to shut down powerful specials from foes such as Legendary Alm.

Can move further when not adjacent to any allies

F! Tikie's Exclusive C skill Solitary Dream gives her +4 to all stats when she is adjacent to only dragon allies or not adjacent to any ally, and in addition, allows her to move an extra space. Low mobility is the primary drawback to armor type units, and since armored units are unaffected by forrest terrain, this skill actually gives her better mobility than infantry units when active.

Struggles against foes with armor or dragon effective weapons

F! Tiki is an armored dragon hero, so naturally she needs to avoid foes that have weapons that are effective on these types of units to avoid getting one-shotted. Be on the lookout for units like Micaiah and Legendary Alm, and stay out of their reach at all cost.

Manaketes who can fill a support role

The effects of F! Tiki's C skill give her a buff and additionally mobility when she is solo or only adjacent to other dragons, so pairing her with other dragons will safely allow this skill to always be active. In particular, a unit like Ninian that can provide support and grant bonuses while refreshing Tiki's movement action allows her to wreak havoc on her foes, so this type of unit is extremely reliable as a teammate for F! Tiki.

Units who can reliably take down other powerful foes

F! Tiki has a sizeable base Def stat of 37, but her base Res of 28 leaves a bit to be desired. A very powerful magic attacker, particularly one with a weapon that is effective on dragons/armor, can deal lethal damage to Tiki, so having a teammate like Ophelia or Nino to take this type of foe down in her stead will increase the team's viability.

Heroes with weapons that are effective on F! Tiki

F! Tiki is an armored dragon hero, so she can be taken out by powerful units with weapons effective on this type of unit. Units like Legendary Marth and other dragon slayers in particular can spell a terrible fate for Fallen Tiki.

Should you Unlock Potential for Fallen Tiki?

Tiki - Torpid Dragon Only Appears as a 5 Star Hero!

Fallen Tiki as a Source Hero


How to Get Fallen Tiki / Illustrations / Voice Actor / Quotes

How to Get Fallen Tiki

Fallen Tiki (Young) is a Hero who can be pulled from any summon.

Register as a member and get all the information you want. (It's free!)
Login
Opinions about an article or post go here.
Opinions about an article or post
We at Game8 thank you for your support.
In order for us to make the best articles possible, share your corrections, opinions, and thoughts about "Fallen Tiki Builds and Best IVs" with us!
When reporting a problem, please be as specific as possible in providing details such as what conditions the problem occurred under and what kind of effects it had.