This page will explain Røkkr Sieges in the game Fire Emblem Heroes (FEH). If you would like to know which heroes to use or how to deal the most damage, please use this guide as a reference. 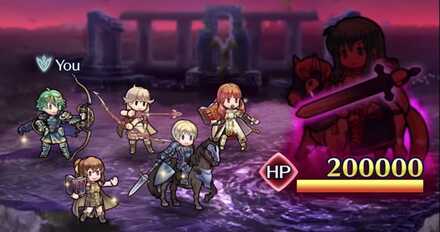 What are Røkkr Sieges?

Team with allied armies to take down massive shadows!

Røkkr Sieges is a battle event where you will work together with allied armies to take down massive armies called Røkkr. Battling will take place in another world, and you will need the help of allied armies also fighting in this world to help deal the finishing blow to these Røkkr.

Røkkr hav the exclusive weapon skill Umbra Burst, which will allow them to counterattack at any range. Since your units will take damage from a counterattack regardless of range, be sure and make use of defensive terrain to reduce the amount of damage taken from the Røkkr.

Special that causes foe to swap places with your unit

The Røkkr's special skill will deal damage over a range of spaces. It will inflict fixed damage to the unit attacked in combat and all heroes within two spaces of that unit. The Røkkr will then swap spaces with the unit they attacked. If your unit is on a defensive terrain when the special activates, the Røkkr will move to the defensive tile, so try to avoid this from happening. Use skills such as Guard or Special Fighter to delay the foe's special from triggering.

Neutralizes damage dealt outside of combat

The equipped seal called Røkkr will cause all damage dealt outside of combat to be nullified. Be aware that this means the effects of Passive B skills like Poison Strike or Surtr's exclusive weapon Sinmara, which are normally very useful in combat, are compltely useless against a Røkkr. However, specials like Blazing Light deal damage before battle and will still be effective.

Bridal Catria's Wedding-Bell Axe grants an Orders buff and a Triangle Attack buff to nearby allies, allowing your entire team to attack twice, or even up to four times if wielding a weapon that attacks twice!

How to Deal the Most Damage in Rokkr Sieges

The Boost increases each time you attack the Røkkr

The damage multiplier increases every time you deal damage to the Røkkr. When using 1 Havoc Axe at the highest difficulty, the multipler will increase from 4.0 to 4.1, to 4.2, and so on. Keep attacking to raise the boost you get!

The Boost increases even more when defeating foes

In Rokkr Sieges, other foes will show up as enemy reinforcements, and by defating them, your damage multiplier will increase. The best strategy is to take down the foes in the beginning to icrease your boost and then focus on attacking the Rokkr. 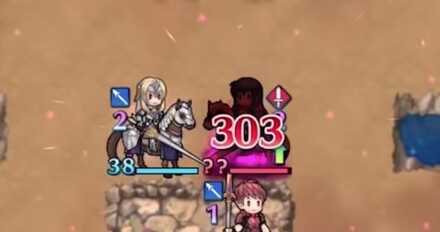 Make use of effective weapons and Brave-type weapons

When the Rokkr takes the form of Legendary Eirika it will be a cavalry unit, but it will be a flying unit when taking the form of Clair, so be sure to add party members to your team who can deal effective damage to the Rokkr. Brave Weapons will also have the damage bonus applied to both consecutive attacks, meaning that they can deal a ton of damage.

Use Heroes with Triangle Advantage

Attacking the Rokkr with a unit who has Weapon-Triangle Advantage is another way to deal more damage. If you can decide on which units will be able to attack the Rokkr with triangle advantage, equip them with Triangle Adept to increase the amount of damage they can deal.

How is Damage Calculated?

A special type of stamina is used

In Røkkr Sieges, there is a unique type of stamina that will be used. This stamina will regenerate once every hour, and the max amount of stamina you can hold at a time is 8. An item called a Havoc Axe, which will restore all of your staminat at once, can be obtained through Missions & Quests or as a reward from Røkkr Sieges.

If you use multiple stamina at the same time, the bonus multiplier will be multiplied by the amount of stamina used. Since Maximum Damage, Initial Damage Bonus, and Damage Bonus for Defeating Foes will all be multiplied, use this wisely when you want to deal the max amount of damage possible.

The Maximum Damage and Damage Multiplier Vary by Difficulty

In Røkkr Sieges, there are 3 difficulty levels, Beginner, Intermediate, and Advanced, and depending on which one you choose, the maximum damage before the battle ends will differ. Additionally, the Initial Bonus and Multiplier for Defeating Enemy Reinforcements will increase at higher difficulties, so always select the highest difficulty to deal the most damage.

Deal the Maximum Damage to the Røkkr

If the amount of damage your party has dealt to the Røkkr reaches the Maximum Damage determined by the difficulty setting, the battle will result in victory. For example, if you used two axes and battle at the Advanced difficulty, you will get a victory when your team has dealt 50,000 damage to the Røkkr.

The Pair Up Function is Supported 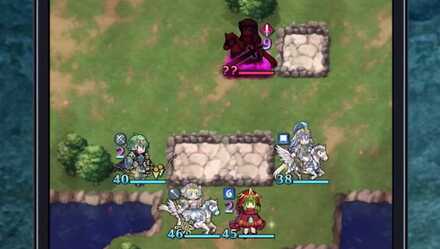 Legendary Heroes with Pair Up

In Røkkr Sieges, Legendary Heroes with Pair Up can be used. Units who are paired up will both receive a stat bonus, so if you pair up with a designated Røkkr attacking unit, you can deal damage even more efficiently.

Hero Feathers can be obtained through the rank achieved in this mode. If you have heroes who you would like to promote to 5-Stars, aim to increase your rank as high as possible. 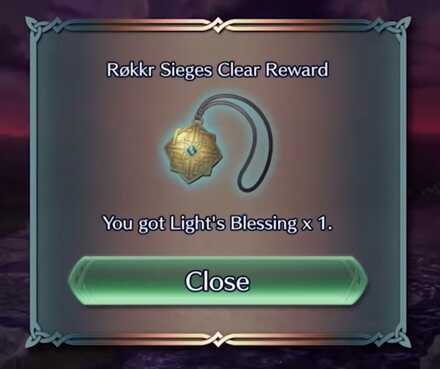 Random rewards such as Light's Blessing and Universal Crystals can be obtained by clearing Røkkr Sieges as well.

Post (0 Comments)
Opinions about an article or post go here.
Opinions about an article or post
We at Game8 thank you for your support.
In order for us to make the best articles possible, share your corrections, opinions, and thoughts about "Røkkr Sieges Strategy and Best Units" with us!
When reporting a problem, please be as specific as possible in providing details such as what conditions the problem occurred under and what kind of effects it had.