This page lists our top 20 recommended Sacred Seal Creations and Enhancements for the game Fire Emblem Heroes (FEH). Read on if you are curious as to where you should be spending those Sacred Coins!

Creating and Enhancing all of the Solo skills should be a top priority!

The Solo skills ranked 1st in this list are very effective, and easy-to-use! They might be the boost that your units need to get that extra bite in battle, or the missing puzzle piece in solving an Infernal map! They work with almost every unit, so we strongly recommend that you use up your Sacred Coins to max out these seals first!

Creating and Enhancing Quick Riposte should be a top priority

The Sacred Seal Quick Riposte topped our list of recommended Sacred Seal Creations/Enhancements. This skill can work with almost any unit, as this versatile seal grants a guaranteed follow-up attack when a unit's HP is above a certain threshold.

Many heroes will become very easy to use by simply having this ability, so we highly recommend that you prioritize creating and enhancing this seal.

Player phase-centered Sacred Seals that activate upon initiating an attack, are easy-to-use, and very reliable on offensive player phase units whose playstyles revolves around initiating attacks. They can provide units with the extra stats that help them widen their KO range. The extra Spd from Swift Sparrow 2 can also prevent a follow-up attack that can knock 'em out.

Versatile skills like Close/Distant Def are of high importance

The X Defense and Deflect X-type Sacred Seals are all great skills, but Distant Def 3 and Close Def 3 are extremely versatile, and you have nothing to lose from enhancing them both to level 3. Whether it is Arena Duels, high difficulty map quests, or leveling your heroes up, these seals can be used in practically any scenario.

For Smoke-type seals, we recommend going with Atk Smoke.

In addition to the 4th place ranked seal Atk Smoke, there is a similar seal called Apd Smoke, but of these two, we recommend investing your resources into Atk Smoke. A speed debuff will be completely useless if your opponent has a skill that gives them a guaranteed follow-up attack, but a debuff to the foe's attack can never really be a bad thing.

As of 2021, Smoke type Seals are not as powerful anymore so keep that in mind when trying to integrate them into your teams.

One of the biggest banes of an Armored unit is the limited movement that they come with. These seals help them with mobility if they meet fairly easy-to-meet trigger conditions. If picked up, they can easily keep up with their lightfooted allies in mixed teams.

Seals such as Guidance 3 also help with Armored mobility.

Guidance is great to use with an aerial ace

The 8th place ranked seal Guidance can only be equipped to flying-type units, so it will go to waste will if you do not have the right hero for it.

However, Guidance increases the range that both armored and infantry units can move, making it very useful when doing Arena Duels or dealing with difficult maps. If you have a powerful flying ally that you often use in a mixed colored team, we highly recommend creating and enhancing this seal. 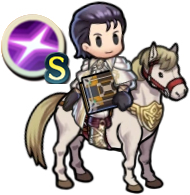 This is a reliable ranking of the different Sacred Seals available, but always take into consideration the synergy of the Seals with your characters. For example, Quickened Pulse might be ranked lower compared to the Solo seals, but Reinhardt in particular is very good with it as it allows him to potentially unleash a skill like Moonbow on a priority target in the first turn!

Always remember that Sacred Seals are more flexible when compared to their skill counterparts as they can be transferred to other units any time at a whim!

This is an example of the Swift Sparrow 2 Sacred Seal. Since Eir already has the same skill on the A slot, and she sports a player phase playstyle anyway, it would not hurt to get another copy of it in the Seal slot. This increases her KO range, makes it easy for her to land follow-up attacks and lessens her susceptibility to hostile follow-up attacks. 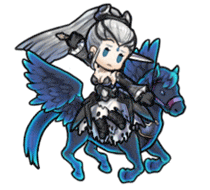 While it may take some time to gather all of the materials needed for creating and enhancing these skills (Sacred Coins and Hero Badges), this guide should give you an idea of which seals to save these materials for and get even more out of your heroes.

Register as a member and get all the information you want. (It's free!)
Login
Opinions about an article or post go here.
Opinions about an article or post
We at Game8 thank you for your support.
In order for us to make the best articles possible, share your corrections, opinions, and thoughts about "Sacred Seal Forge Creation and Enhancement Tier List" with us!
When reporting a problem, please be as specific as possible in providing details such as what conditions the problem occurred under and what kind of effects it had.