This is a walkthrough for the Tempest Trials event in Fire Emblem Heroes (FEH). Here you can find information such as Tempest Trials rewards, bonus units, availability, as well as tips and tricks to beat this event.

Make use of Unlikely Friends Units!

A 5★ version of Young Boyd will be given as a reward once you reach a cumulative score of 15,000.

Obtainable Seals from this Event

We recommend scoring at least 20,000 points so that you can claim all major rewards.

In addition to the new Unlikely Friends units, the bonus heroes include Ike, Mist, and Soren.

Be sure to edit your team and put them in for those bonus points! 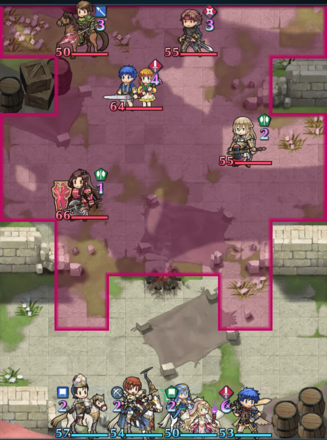 Young Ike is the final boss of this iteration of Tempest Trials.

Unlike his regular version, this boss unit does not have Distant Dart equipped, making him a lesser threat than what he normally is.

During Tempest Trials, Bonus Units will receive HP+10 and +4 to all other stats. These bonus points will give a non-merged ally the same stat bonuses of a +10 ally, which is also like having a Fortify skill constantly active on all stats. Bonus Units are very powerful with these stat boosts, so use them as much as possible.

Depending on the total number of points you accumulate, you can obtain various prizes, such as Hero Feathers, Orbs, Sacred Coins, and even Heroes. While you should aim to collect as many of these rewards as possible, you will need to reach a score of 15,000 in order to obtain the event's hero. After you have reached the 15,000 point threshold, you can either quit playing this event, or continue racking up a bigger score to get more and more orbs.

Earn points toward your score by clearing all maps 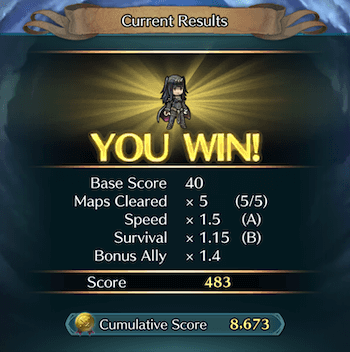 When you clear the final map of Tempest Trials, the score for that playthrough will be added to your cumulative score. In addition to the number of maps, a Speed and Survival rating are also factored into the score. Even if all of your parties are defeated, you will receive the points you have accumulated for the maps already cleared.

How to Grind Tempest Trials Quickly

How to Play Tempest Trials (Rules) 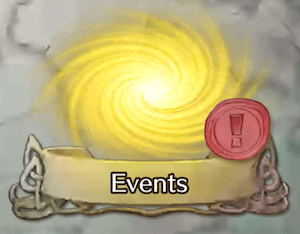 Changes to Rules from Previous Updates

See All Changes From Previous Updates

When Auto-Battle is turned on in Multi-Map battles, it will continue until the map is completed or all of your allies are defeated.

Save Special Teams for Multi-Map Battles

You can save up to 10 parties for use with Multi-Map Battles, separate from the normal teams saved in your barracks

Addition of a Normal Difficulty (~Lv. 10)

'
With the addition of the Normal Difficuly map, an even lower level map is available. This could be useful for leveling up your weaker heroes while collecting points.

Every day the event is available, you will receive a 3x score bonus on the first two playthroughs of Tempest Trials. Even if you are only playing the event a little bit day by day, be sure and take advantage of this bonus, as it will make it much easier to reach the Rewards.

Using bonus units gives them a significant stat boost. An HP+10 and +4 to all other stats boost will automatically be added to these units, so be sure to add them to your party and make the most of them.= 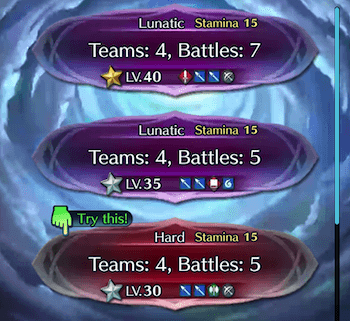 Post (0 Comments)
Opinions about an article or post go here.
Opinions about an article or post
We at Game8 thank you for your support.
In order for us to make the best articles possible, share your corrections, opinions, and thoughts about "Tempest Trials Guide and Bonus Heroes" with us!
When reporting a problem, please be as specific as possible in providing details such as what conditions the problem occurred under and what kind of effects it had.