This is a guide on the Resonant Battles game mode for Fire Emblem Heroes (FEH). To know how this game mode works, how to score high, the game titles for the week, and the rewards, read on!

What is Resonant Battles?

Resonant Battles is a game mode that puts units from certain games together with the goal of defeating the thieves on the map before they escape.

Each week will feature 2 different games and will rotate out at every season reset like Arena and Aether Raids.

Games of the Week

Deploy units from the games of the week! 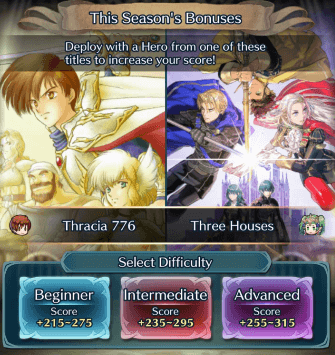 Every week, 2 different games in the Fire Emblem franchise is featured in Resonant Battles.

Deploying units from either of the two games will increase your score and provide those units stat boosts. 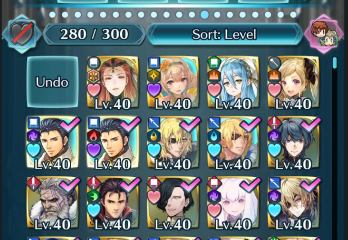 The game will automatically filter to units from the week's games if you have them when you set up your team.

Harmonized units shine in this game mode because they increase your score.

However, it will need to be from one of the featured games of the week for you to earn the score bonus.

You can have a maximum number of 2 Harmonized units on your team.

Defeat the thieves before they escape! 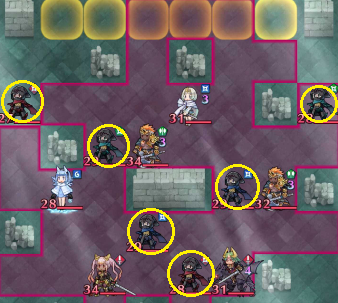 The goal of the game mode is to defeat all the Thieves on the map before they reach the zone at the top of the map and escape.

These thieves are protected by Guardians that will try to impede you.

However, all enemy units on the map can only move 1 space. Use this to your advantage!

You cannot use Galeforce

Unfortunately, all enemy units on the map have a Pulse Smoke effect in their kit.

This means that your units that have Galeforce or similar as their Special will be unable to take full advantage of the extra action because they will never be able to trigger it.

The only exception to this is Fallen Edelgard due to her extra action not tied to her weapon.

Dancers can also be used to give your units additonal actions! 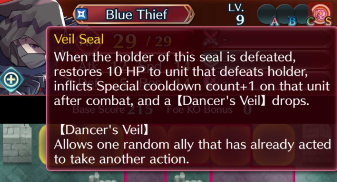 Thieves have no weapons or any other skills.

They do have a Seal that will give you an item once they are defeated.

You can use the items dropped by Thieves by tapping the Item icon at the lower right of the screen.

Scoring in Resonant Battles is as follows:

Units that are from the featured games of the week receive HP+10 and Atk/Spd/Def/Res+4 for the entire match. 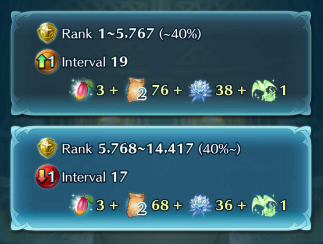 You can earn the following items every week as rewards:

The amount of each reward will depend on your rank.

The type of Dragonflowers and the Blessing will also change every week.

Post (0 Comments)
Opinions about an article or post go here.
Opinions about an article or post
We at Game8 thank you for your support.
In order for us to make the best articles possible, share your corrections, opinions, and thoughts about "Resonant Battles Guide" with us!
When reporting a problem, please be as specific as possible in providing details such as what conditions the problem occurred under and what kind of effects it had.