A guide on how to use Dragonflowers for Fire Emblem Heroes (FEH). Read on to learn how to obtain Dragonflowers and which units you should use them on.

Dragonflowers can increase the stats of your Heroes. These are divided into 4 types of colors for each type of unit: Red for Infantry, Yellow for Cavalry, Green for Armored, and Blue for Flying.

Amount of Upgrades Depends on Date Added In 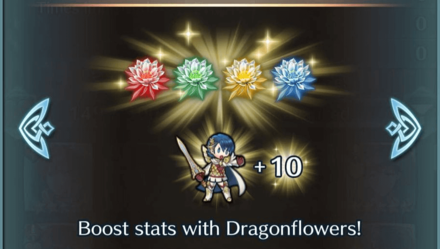 The maximum number of times that you can strengthen a Hero depends on their unit type and implementation date. Infantry units initially could be enhanced 15 times, while the Armored, Cavalry, and Flier units can be enhanced 10 times. Recently implemented units after the August 2020 update can be enhanced up to 5 times. 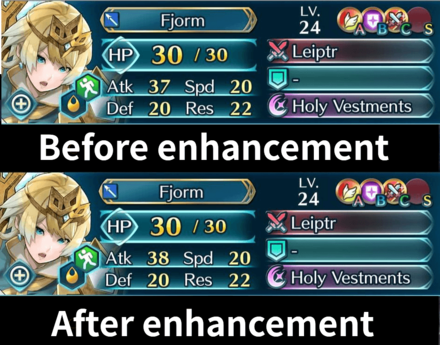 Each enhancement increases HP, ATK, SPD, DEF, and RES by 1 for the first 5 times. After enhancing 10 times, all stats will increase by 2, and by 3 after 15 enhancements.

This can greatly enhance the Hero's combat performance, but keep in mind that the sequence of stat increases is the same as how they increase after an Unlock Potential is performed.

Does not Affect Area Rating

Remember that using Dragonflowers does not increase the Hero's Area Rating, which means that this function is purely for stat enhancements.

The highest value of Dragonflower stat enhancements will carry over once an Unlock Potential is performed.

Best Units to Give Dragonflowers To

Infantry units released before January 2019 can use Dragonflower enhancements up to 15 times. Since all their stats can be enhanced by 15 total, they can have greater benefits from using the bonuses that come with Dragonflowers than newer units.

Units with Skills that Attack Twice

Heroes that have skills that allow for attacking more than once are also recommened characters for receiving Dragonflower enhancements, since they can potentially deal more damage than single-attack Heroes.

Meta Heroes, personal favorites, Arena Heroes, and Refresher units like Dancers are also top choices for improving. If they are very versatile overall, they'll benefit a lot from the extra stats. 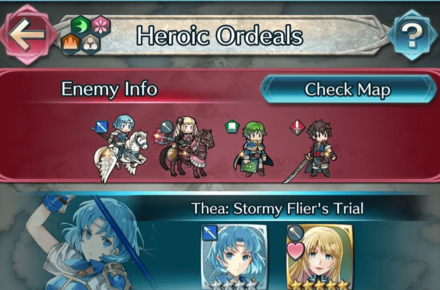 Since you only need to defeat 2/4 of the units in a Heroic Ordeal with the unit you chose, you can have another unit paired with you that will make taking out a bad matchup easier. For example, in a red unit's Ordeal, bringing a green unit to take out the blue foe will make things a lot easier.

Use Refreshers If Possible

These Heroic Ordeal maps are not that difficult, but clearing them can be made easier if you use Refresher units with skills like Dance.

Weaken the Foes to Take Them Out Easier

Dancers and healers are good for an ally to pair with for Hero Ordeals, but also units that can deal chip damage (such as dagger units), or tanks that can absorb damage while weakening foes (Surtr is excellent at this) will be really good for taking down foes with weaker units, such as staff users. 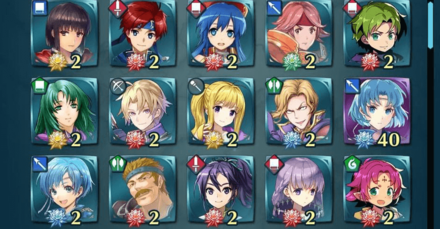 The maximum number of obtainable Dragonflowers depends on how recent the unit was implemented in the game. Keep in mind that maps that have the largest number of Dragonflower drops also have stronger enemies (level 40, as opposed to level 35 for Book 2~3 units and level 30 for pre-Book 2 units). 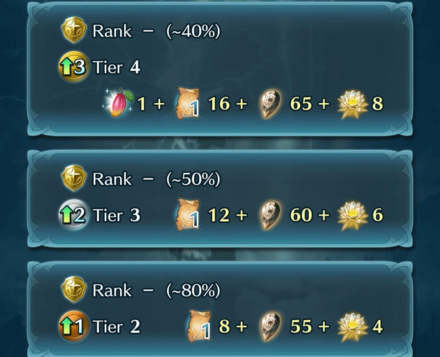 Dragonflowers can also be obtained from events like Mjolnir's Strike, Aether Raids and more. It's recommended to clear as much of these events as possible to get more bonuses.

While there are a number of ways to obtain Dragonflowers, keep in mind that these are limited in number. Choose carefully on which Hero to use them on once you have enough.

Post (0 Comments)
Opinions about an article or post go here.
Opinions about an article or post
We at Game8 thank you for your support.
In order for us to make the best articles possible, share your corrections, opinions, and thoughts about "How to Use Dragonflowers | Best Units to Give Dragonflowers To" with us!
When reporting a problem, please be as specific as possible in providing details such as what conditions the problem occurred under and what kind of effects it had.