Q: What kind of game is Fire Emblem Heroes?

A: A game perfect for people who love to train their favorite characters.

Additionally, despite being a rather complex game with many features, if done correctly, it is entirely possible to enjoy this game without ever spending money on in-game purchases (F2P). Even if you plan on enjoying the game without making any in-game purchases, there are a ton of in-game mechanics, so as a beginner you may wish to read up about them in order to decide your desired mode of play.

It is possible to reroll (resetting your saved data with the intention to acquire better Heroes or units in the start) in this game. 5★ Heroes or units drop very rarely, so they are not easy to obtain. To make your game progress smoothly from the onset, we recommend rerolling for strong Heroes. If you want to enjoy playing this game for a long time, be patient and reroll until obtaining your desired Heroes!

If done efficiently, you can reroll about once every ten minutes. For more details, see the page below.

Take on the Main Story

Obtaining an Orb for Each First Time Clear

We recommend that you begin by playing the Main Story on the Normal difficulty. At a low difficulty, you can easily clear each level. Each time you complete a level, you will receive a small reward in the form of Orbs. Orbs are used to obtain new Heroes at random, so be sure to collect as many as possible.

Use Orbs to Upgrade Your Castle 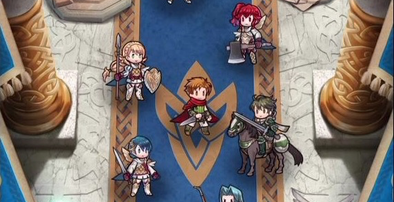 After getting some Orbs, it is time to upgrade your Castle. Upgrading your Castle allows you to gain more EXP in battle, which makes it possible to level up your Heroes more quickly. (You can upgrade your Castle by going to the Shop that is located on the bottom right side of the Home Screen. From there, proceed to the Upgrade Castle Screen, where you can spend Orbs to upgrade.)

Some would argue that this is not worth the Orbs, but we think otherwise. You will save lots of time in the long run training heroes if you decide to max out your castle.

Level Up Your Heroes at the Training Tower 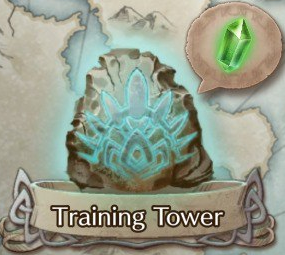 For EXP, Look No Further than the Training Tower

When you have reached the point where you cannot progress in the Main Story, use the Training Tower to level up your Heroes. You can find level-appropriate Special Training Maps as well, but at the Training Tower you can level up your Heroes and find materials for Unlock Potential (increasing your unit's rarity) at the same time, so this is a great route to take until you have stocked up on those items.

Choose Foes that are Easy to Take Down

In the Training Tower, you can randomize the number and level of foes. By swapping them out for foes that are easy to defeat, you can level up even quicker.

How to Change Your Foes

By tapping the green button located on the top portion of the screen of the Training Tower Menu, you can reroll to change the number and level of foes as many times as you would like.

Not Understanding the Basics of Battling Will Cost You

FEH Battles employ many components, such as weapon affinity, effective attacks, terrain, and more. Certain units cannot move over certain terrains, so learn which movement types are compatible with each terrain! 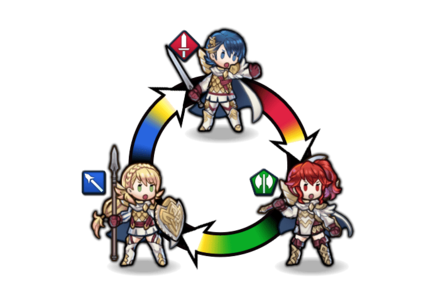 The foes present in each battle will differ, so you must change your strategy as well. Still, knowing basic battle strategy will be useful for any battle that you participate in, so learning in the beginning is a huge advantage.

Make Your Heroes Even Stronger with Inherit Skill

Inherit Skill is Essential for Building a Strong Hero!

In FE Heroes, every Hero or unit is capable of acquiring skills passed on from another Hero, through a system called Inherit Skill. Inherit Skill is so important to the game currently that you could almost say it is required. Build your own uniuqe Heroes and make use of these skills in the Arena and high difficulty maps.

How to Use Inherit Skill

Use Unlock Potential to Increase Your Hero's Rating

In FEH, you can upgrade any Hero to their maximum ★ rating. This mechanic of increasing a Hero's ★ rating is called Unlock Potential. Increasing a Hero's ★ rating will allow them to learn even stronger skills than the ones they possess currently, allowing you to increase your party's potential. In order to use Unlock Potential, you will need materials called Hero Feathers (Feathers) and Badges.

You will need 20,000 Hero Feathers to raise a unit's rating from 4★ to 5★. Since that is a rather high cost, decide which unit's ★ rating to raise only after careful consideration.

Test Your Skill at the Arena

Arena Duels is a mode where you can earn Hero Feathers and other rewards based on ranking by competing against the scores of all players within your region. Rather than battling with another player in real time, you will fight against another player's defending party, controlled by NPCs or AI.

For anyone looking to gain Hero Feathers for Unlock Potential, we recommend participating in Arena Duels. Being in a higher tier means that you will be able to earn more rewards, so first make sure you understand the rules of Arena Duels.

How Does The Arena Work? 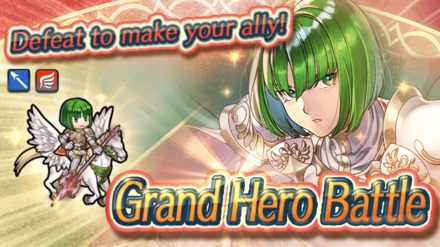 Get New Heroes in These High Difficulty Maps!

Grand Hero Battle maps are high difficulty battles where you can get special Heroes who are not ordinarily obtainable through Hero Summon. These are mainly characters who appeared as enemies in the original Fire Emblem games, and you can make them your ally the first time you clear the battle. The Heroes obtainable in Grand Hero Battles are powerful and have skills that can be used for Inherit Skill, so be sure and defeat them before it is too late!

Criteria for Each Difficulty Level

This is the criteria for each difficulty level of Grand Hero Battles. You should plan on approaching the Infernal level with Heroes who have undergone Inherit Skill and Merge Allies. However, this is just for reference, and it is not necessarily impossible to clear by using 3★ or 4★ Heroes.

Try Your Hand at Chain Challenge

Chain Challenge is a new part of Story Maps, where you can challenge many maps in a row. The Heroes and enemies appearing here are the same ones featured in the Main Story and Paralogues, but the foes have been made stronger. Clearing these maps for the first time will earn you rewards such as Hero Feathers and Orbs. Give it a shot once you have build a strong party.

Aim for the Next Tier in Arena Duels

You Will Earn Better Rewards as Your Rank Increases!

In Arena Duels, your tier will rise and fall with your score, and there are 21 tiers capable of progressing to. Reaching the 21st tier will allow you to earn 3,500 Hero Feathers along with 5 Orbs and other rewards, letting your power up your Heroes even further.

You also receive Divine Codes and one of the newest and most helpful resources in the game, Trait Fruits.

Foes here have extremely high stats, but these difficult quests are worth the challenge. 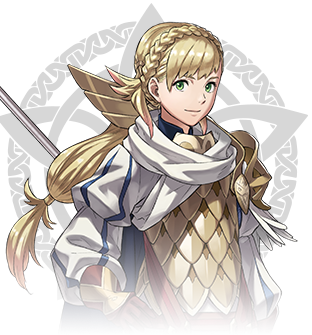 In FEH, begin with the Main Story, eventually shifting focus to Ally Growth through Inherit Skill and Unlock Potential, and finally, use the Heroes who you have trained to take on difficult modes like Arena Battles and Squad Assault. As the game has been running for some time now, you can enjoy playing through FEH worry-free, even if you are starting just now.

Post (1 Comments)
Opinions about an article or post go here.
Opinions about an article or post
We at Game8 thank you for your support.
In order for us to make the best articles possible, share your corrections, opinions, and thoughts about "Beginner's Guide to Playing Fire Emblem Heroes" with us!
When reporting a problem, please be as specific as possible in providing details such as what conditions the problem occurred under and what kind of effects it had.