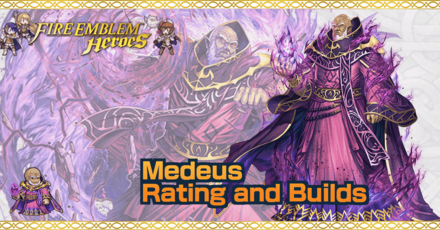 This is a ranking page for the hero Medeus - Earth-Dragon King from the game Fire Emblem Heroes (FEH). Read on to learn the best IVs (Individual Values), best builds (Inherit Skill), weapon refinement, stats at Lv 40, and more for Medeus. 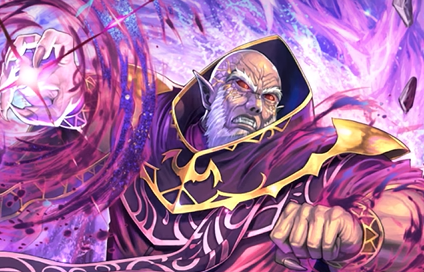 The best IVs for Medeus are +Atk and -Spd. His Atk stat sits at a very high base 44 and boosting it will yield better results.

+Res or +Def may also be used when a tanking strategy is preferred.

His Spd is an unsalvageable dump stat and should be the bane of choice.

We recommend a +Atk IV when merging Medeus up to +10. His Atk is among the highest in the entire game and boosting it gives him an edge above other heroes.

This build aims to have Medeus support the team with Canto Control and act as a frontline tank. Bracing Stance provides defensive stats and a Guard effect. This build functions well in stall and Catria Ball teams.

This build also acts as a support, but with budget and/or base kit skills instead. A good option for using Medeus without much investment.

This build focuses on tanking and defeating foes on retaliation. Distant Storm's recoil is nullified by En Garde, making it superior to Distant Counter. Warding Breath provides Res and Special acceleration to trigger Iceberg immediately. Distant Stance may be used instead if the additional Res is necessary.
Don't forget that Distant Storm's Atk bonus is active on both phases!

Medeus is a close magic attacker (range = 1). Therefore, when not accounting for the Weapon Triangle, the amount of damage he/she deals will be equivalent to his Atk minus the foe's Res stat.

Shadow Breath is a powerful weapon with multiple useful effects 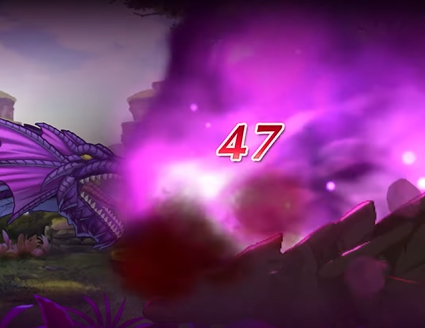 Medeus comes with his unique Shadow Breath. It has multiple effects that can impact combat heavily, assuming he meets the conditions to trigger these effects.

Below is a summary of these effects:

【En Garde】 neutralizes damage outside of combat (from skills like Poison Strike, structures like Bolt Tower, etc.) except damage dealt by area-of-effect Specials.

Medeus also comes with an exclusive B skill in Assured Rebirth.

This skill grants Medeus a guaranteed follow-up attack as long as his Res is higher than his foe's.

It also grants damage reduction based on two factors:

This skill reduces the amount of spaces a foe within 4 spaces of Medeus can move post-combat when triggering a Canto effect. Melee foes can move 1 space, while ranged foes cannot move at all.

Canto is very powerful and commonly used in all competitive game modes. Access to Canto Control will heavily disrupt opponents and reduce their number of viable combat options.

Medeus takes 1.5x damage from dragon-effective weapons like Sealed Falchion or Divine Mist, and one round of combat from this type of weapon is sure to take him down. Make sure you know what weapons you are up against before hopping too far into the line of battle!

Medeus is cursed with an abysmal Spd stat of 18. He is reliant on Shadow Breath negating enemy follow-up attacks and Assured Rebirth granting him his own follow-up attack.

Enemies with follow-up negation skills such as Null Follow-Up 3 will take advantage of his poor Spd and attack him twice while only taking one hit in return.

Medeus is also dependent on triggering the conditions for both Shadow Breath and Assured Rebirth to maximize his combat potential.

Enemies with damage reduction piercing effects like Deadeye will take full advantage of this and put a heavy dent onto Medeus. Even with his impressive bulk, he will be vulnerable to getting knocked out.

【En Garde】prevents post-combat damage from harming Medeus and his allies.

While beneficial against chip damage compositions that rely on Bolt Tower or Savage Blow effects, this can also impact the team negatively if not careful with teambuilding.

Heroes that rely on self-recoil from skills like Fury 4 will not be able to bring themselves down to Desperation range or become a beacon for Wings of Mercy.

Ensure that your team is not reliant upon these strategies before fielding Medeus.

Medeus - Earth-Dragon King Only Appears as a 5 Star Hero!

Medeus as a Source Hero

Canto Control 3. That is all.

In all seriousness, this skill is enough to warrant a full 5 star rating for Medeus as Skill Inheritance fodder. Canto is very powerful and used in all competitive game modes.

Def/Res Ideal 4, while good, should not be the main reason you fodder off a copy of Medeus.

If necessary, use a copy of Valentine's Lissa to inherit Def/Res Ideal 3 first, and then fodder off Medeus for Def/Res Ideal 4 and Canto Control 3 at the same time.

How would you rate Medeus?

How to Get Medeus / Illustrations / Voice Actor / Quotes

How to Get Medeus

Medeus is a limited time Hero who can be pulled from a Mythic Hero Summoning event. They do not appear in regular summons.

Post (0 Comments)
Opinions about an article or post go here.
Opinions about an article or post
We at Game8 thank you for your support.
In order for us to make the best articles possible, share your corrections, opinions, and thoughts about "Medeus Builds and Best IVs" with us!
When reporting a problem, please be as specific as possible in providing details such as what conditions the problem occurred under and what kind of effects it had.