This is a guide on the Grand Conquest game mode from Fire Emblem Heroes. To know more about Grand Conquests and how to increase your score, read on! 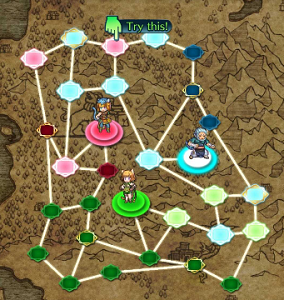 → Players are automatically sorted in their respective army.  → You recover 1 stamina every hour.  → The camp with the highest score is the area controls that territory!  → Rewards increase the higher the GC Tier and also grants bonuses to your territory.

How to Play Grand Conquests

Three Armies Play in the Event 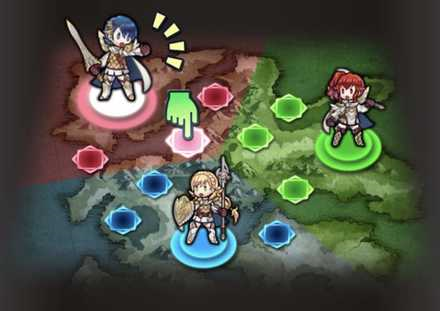 All players are automatically sorted into their respective armies at the beginning of the event.

One Round is Four Hours

A round in Grand Conquests lasts for 4 hours. At the end of each round, scores are totaled for each area. 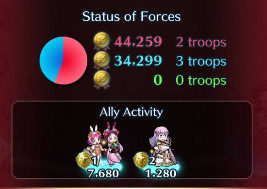 You can battle for an area as long as your army controls the area adjacent to it.

Battles operate the same as Rival Domains and territory can be won in two ways.

If you're unsure which territory to attack, you can always go with the one being recommended to you!

Winning by knockout means controlling an opposing army's area with a score of 200,000 points or more during the round.

Win by end of round points!

You can control an area if your army earns the most points at the end of the round.

Use the Area Effects

Area effects are bonuses that a certain territory may possess that could give your units an advantage in battle.

These effects are granted to units of a certain move type.

Be sure to make use of the area effects and aim to seize control of that territory!

Areas with strong area effects tend to be heavily contested, so watch out how many territories your army has adjacent to defend it!

You also need to check how many players are in one area. Points are multiplied according to the number players, however, if many are stuck in one spot, your other territories might be contested and won by your opponents.

Multiple Conquest Lances Can Be Used

You can increas eyour score by using multiple Conquest Lances. These items also serve as your stamina for the event and will recharge 1 at every hour.

How to Earn a High Score in Grand Conquests

Rules are the same as Rival Domains 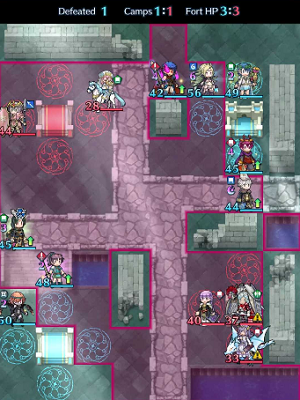 The same battle system being used in Rival Domains also applies in Grand Conquests, as is the map size and the number of units in your team.

The more allies you have fighting in one area, the higher the bonus points that you can score.

It's recommended that you attack multiple areas in order to help out your allies, rather to attack just one area repeatedly.

Don't forget to also lend support to an area to obtain items!

The higher your GC tier, the more bonus points you can score.

Being active in Grand Conquests will raise your GC and will also earn you item rewards depending on your tier.

You can earn more rewards the higher your GC Tier.

In addition to earning rewards, a higher GC Tier will also contribute more points to the territories adjacent to your selected area.

Earn more points and hit GC Tier 25 to earn big rewards and help out your allies! 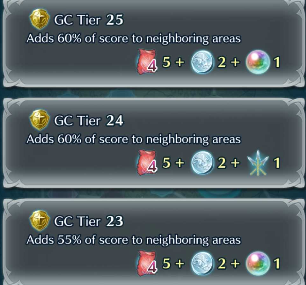 You can earn Hero Feathers, Sacred Coins, and Arena Medals depending on the number of allies that participated in conquering one area. 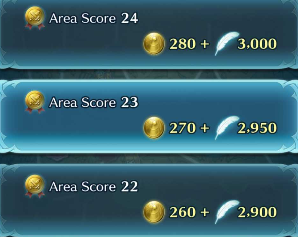 You can earn Hero Feathers and Arena Medals depending on the number of areas that your army controls in Grand Conquests.

After 44 hours, the rewards will change accordingly, so you will need to participate alongside your allies in conquering areas to gain more points.

There are many rewards that can be gained in playing Grand Conquests, and though it may seem difficult at first, no doubt you'll be able to get it in no time.

Plan out your team and areas to attack accordingly!

Post (0 Comments)
Opinions about an article or post go here.
Opinions about an article or post
We at Game8 thank you for your support.
In order for us to make the best articles possible, share your corrections, opinions, and thoughts about "Grand Conquest Guide" with us!
When reporting a problem, please be as specific as possible in providing details such as what conditions the problem occurred under and what kind of effects it had.