A guide on how to obtain Divine Codes in Fire Emblem Heroes (FEH). Read on to learn about limited and normal Divine Codes, ways of farming them, and how to use Compile Combat Manual.

We recommend getting Hoshidan Summer Ryoma for his Splashy Bucket+ Skill and Tana for her Guidance 3 Skill, which grants movement bonuses for allies.

Performing Olivia's Distant Def 3 is another handy skill to have. If you also have Quan, then it's also advisable to use Unlock Potential on him to gain access to his skills.

Norne's Spd/Def Link 3 and Tethys' Spd/Res Bond 3 are also recommended skills to have for added stat buffs, especially if you have allies who fight close to each other.

Choose the Unit You Want for Fodder

Since there is a set sequence for compiling Combat Manuals from the Normal Divine Codes, it's recommended to choose one sequence at a time. Since these codes can only be obtained once, they are very valuable. We recommend choosing Divine Code sequences that contain manuals that you can use for merge projects or inheritable skills that your most powerful or most important units can heavily utilize.

What Are Divine Codes? 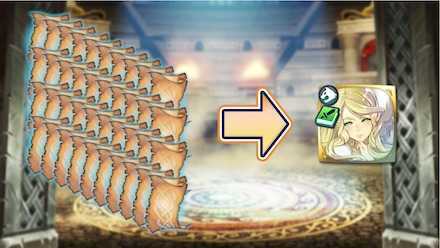 Divine Codes are consumables that can generate Combat Manuals. These can be used in the Inherit Skill and Merge Allies functions.

Note that unlike the Holy Grail summon, this function does not summon Heroes, although you can use unlock potential on combat manuals to Merge units.

Combat Manuals and How to Use Them

There are 2 types of Divine Codes: Divine Code Part 1 and the Divine Code: Ephemera. These can be used to generate Normal and Limited-Time Combat Manuals, respectively.

Generated from the Allies Menu

Tap Allies, then go to Compile -> Normal or Limited-Time.

How to Get Divine Codes 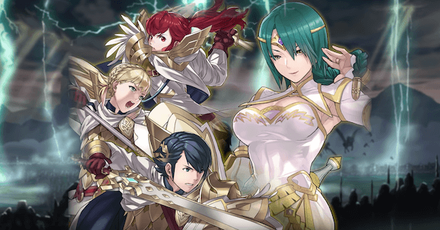 Participate in the Mjolnir's Strike event in order to get Divine Codes, among other quest rewards.

Divine Codes can be obtained as either quest rewards or drops in the Arena, Aether Raids, and other events. You can increase the amount gained by participating as much as possible.

By entering the Compile menu for the first time, you will receive 1,500 Divine Code 1. Getting additional Divine Codes will require participation in events or Aether Raids. 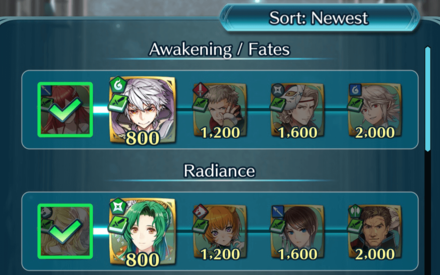 Compiled Combat Manuals from Divine Codes can only be done once per character, both for normal and limited-time ones. Once a manual has been made, you cannot make another one, so treat the skills as valuable and choose carefully to whom you are fodderring it off to. 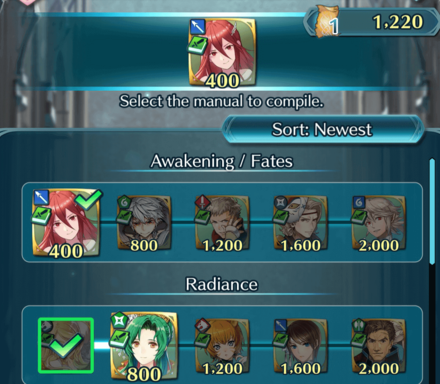 Sequence of Compiling is Preset

Combat Manuals that can be compiled from Divine Code 1 have a set sequence. There are several choices, and you can proceed from any route.

Combat Manuals from Normal Divine Codes require more as you progress through its respective generation routes. 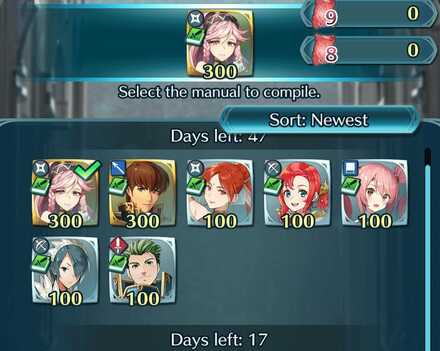 The characters, Divine Codes and Combat Manuals that can be compiled update with each version. The redemption period for these is until 15:59 PST of the following month.

These Divine Codes are separated per game version and cannot be converted into the next one. If there is a specific character's combat manual you want, it's best to grab it during the redemption period.

Register as a member and get all the information you want. (It's free!)
Login
Opinions about an article or post go here.
Opinions about an article or post
We at Game8 thank you for your support.
In order for us to make the best articles possible, share your corrections, opinions, and thoughts about "How to Get Divine Codes | Compile Combat Manuals Explained" with us!
When reporting a problem, please be as specific as possible in providing details such as what conditions the problem occurred under and what kind of effects it had.