What is Summoner Support?

A Good Way to Promote Your Favorite Characters 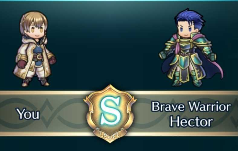 Summoner Support is a way for you to improve your relationship with your chosen unit and give them beneficial effects.

You can access Summoner Support through the Interact With Allies tab in the Allies menu.

Only one unit can receive your support at any given time.

How the System Works

Here is how the Summoner Support system works:

Bond levels will increase when your unit defeat enemies that are Lvl 35 or higher.

How to Grind Summoner Support

Doing Chain Challenges on Normal are not just a great way to grind for Summoner Support, you can also use them for SP Grinding as well!

Clearing a total of 80 maps will get you to S rank with your chosen unit, going 8 rounds fo the 10 map Chain Challenge Normal.

However, take note that different numbers of enemy units may spawn on each map, so the number of defeated enemies seemed to not be taken that much into account when grinding for Support, but instead the number of maps or battles.

One of the most recommended unit types for Summoner Support are tanky units.

Since the HP and stats given by a Bond Level S is pretty significant, it can push these units to be even tankier.

A good bonus is if your chosen tanky unit has a Distant Counter effect, whether it be on a skill or weapon, so they can also counterattack anyone who initiates on them.

These units are known for their high firepower and one-shot potential, so giving one of them an S Support would increase their strength and further improve their capability to defeat a lot of enemy units on their own.

While you can only Summoner Support with one unit, any duplicate units will not share the same Bond Levels as the original.

This means if you would like to make a team with several of S-Supported duplicates (through the use of the Feh Pass benefits), you will need to grind Summoner Support for each one.

You can also Summoner Support your favorite character!

Ultimately, if you have a favorite character, even if they're not very strong or in the meta, the bonuses will greatly help them in battle.

So don't be afraid to give an S Support to any unit you like!

Summoner Support is a very useful tool that you can use to grant any unit bonuses that can prove effective in combat.

Take full advantage of the feature and raise your Bond Levels with your chosen unit to make them more powerful!

Register as a member and get all the information you want. (It's free!)
Login
Opinions about an article or post go here.
Opinions about an article or post
We at Game8 thank you for your support.
In order for us to make the best articles possible, share your corrections, opinions, and thoughts about "How to Grind Summoner Support" with us!
When reporting a problem, please be as specific as possible in providing details such as what conditions the problem occurred under and what kind of effects it had.