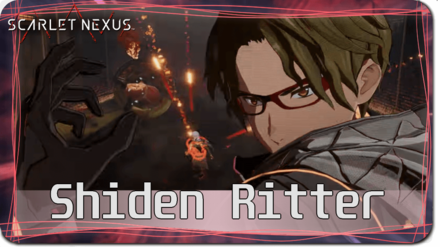 This a profile summary about Shiden Ritter, a character in Scarlet Nexus for the PS4, PS5, Steam, and Xbox. Read on to learn Shiden Ritter's Character Profile, Kinetic Abilities, Bonding Scenarios, and Best Combo Breakdowns. 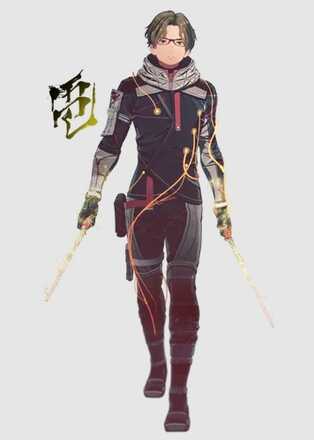 Shiden's transfer to a new platoon, where he teamed up with Kasane, was caused by his sharp tongue and attitude. This complicated his relationship with his old commander.

His sense of pride and highly strict nature can make him a troublesome teammate to have-that is, until you prove your strength to him.

On the other hand, he does not shy away from complementing people with strong powers, such as the Septentrion.

Shiden first appears in the game as an OSF member that has been reassigned to the Kyoka Platoon after leaving his previous platoon with Kodama Melone. He then meets Kasane, who he instantly has comes into conflict with due to the differences with their personality. Despite this, he joins her and the rest of the Kyoka platoon on their very first assignment, which ended with Naomi turning into an Other.

After that incident, he joins Kasane in a confrontation against his former platoon commander Kodama. 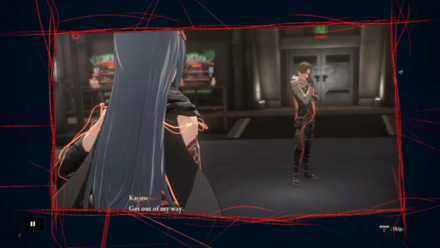 During Phase 3 (Kasane Route), it is revealed that Karen is launching a plot to take over the OSF and split its factions. Duriung this incident, Shiden confronts Kasane in the OSF Training Facility. After being defeated by Kasane, she protects him by not revealing his alliance with Karen.

How to Beat Shiden Ritter 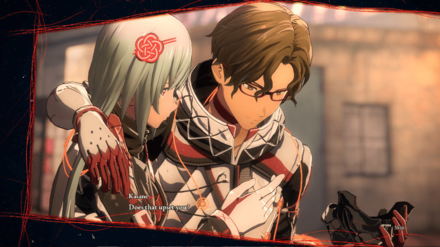 Throughout the story, Shiden has an uneasy relationship with Kasane, as their attitudes make them constantly clash with one another. This is due to both of them looking to improve their skills and abilities and aim to defeat each other in a fight. Eventually, they become strong allies that are able to keep their emotions in check, helping them create rational decisions that help them uncover Karen's plot. This allowed Shiden to become a valuable member to the Kasane Platoon, and provide great support throughout the game.

In the game's ending, Shiden still wants to push becoming a stronger member of the OSF. He also declares and promises that he will beat Kasane one day. Kasane confidently agrees with fighting Shiden again in the future, also declaring that she can beat him again.

Electrokinesis enables you to stun enemies and deal extra damage. You can also deal more damage to wet enemies or ones affected by the oil effect. This is one of the more versatile SAS Skills in the game, and you can use it against Others and OSF members alike. This also combines well with other SAS Skills like Hypervelocity and Duplication, giving you a strong combo that focuses on dealing the most damage available.

Below is a list of all gifts you can give to Shiden to raise your Bond Level with him:

Register as a member and get all the information you want. (It's free!)
Login
Opinions about an article or post go here.
Opinions about an article or post
We at Game8 thank you for your support.
In order for us to make the best articles possible, share your corrections, opinions, and thoughts about "Shiden Ritter Abilities and Profile" with us!
When reporting a problem, please be as specific as possible in providing details such as what conditions the problem occurred under and what kind of effects it had.