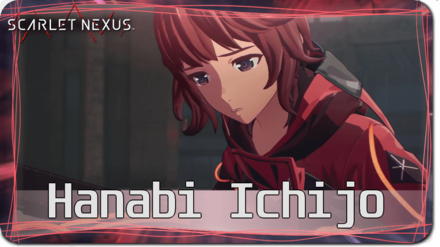 This a profile summary about Hanabi Ichijo, a character in Scarlet Nexus for the PS4, PS5, Steam, and Xbox. Read on to learn Hanabi Ichijo's Character Profile, Kinetic Abilities, Bonding Scenarios, and Best Combo Breakdowns. 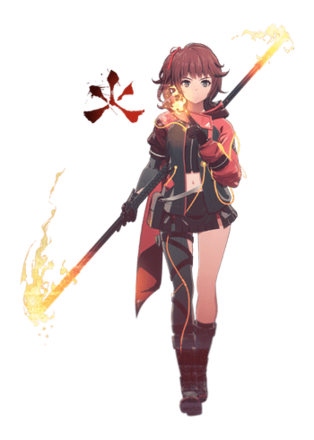 An energetic and cheerful childhood friend of Yuito who despises injustice, Hanabi is a hardworking and caring member of the OSF.

While she and Yuito were both trained and scouted by the OSF, they spent a long time apart after finally being reunited by joining the same unit.

Hanabi is one of Yuito's childhood friends. They attended the same school together and moved to the OSF training academy at the same time. While they trained at the same time, they did not see each other during their training. Despite that, they reunited once they became OSF members and are part of the same platoon. 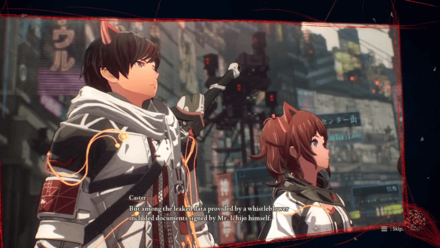 Apart from being childhood friends, Hanabi has a liking towards Yuito. While she may not admit it, she deeply cares for Yuito and becomes concerned with him when his use of Red Strings put him at risk of losing his powers. Kasane also sees her as a good partner for Yuito, despite her reluctance to admit her feelings for him.

In the ending, Hanabi continues to support Yuito's goals of entering politics (with Hanabi being enoucraged to try it out as well), and Kasane's upcoming Lunar Surface Survey expedition. Kasane continues to push Hanabi to admit her feelings to Yuito, much to her hesitation and annoyance.

Creates a Flame Current when holding down the Power Attack button in mid-air, dealing damage over a large area.

On the 5th Weapon Combo Attack, you will be able to unleash a Flame Thrower that deals continuous damage against enemies.

Make use of Pyrokinesis to deal heavier damage against enemies. Others that are particularly weak to fire such as Fuel Pool enemies are prone to quick defeats when using this ability.

Below is a list of all gifts you can give to Hanabi to raise your Bond Level with her:

In order for us to make the best articles possible, share your corrections, opinions, and thoughts about 「Hanabi Ichijo Abilities and Profile | Scarlet Nexus」 with us!