How to Use Psychokinesis | Scarlet Nexus 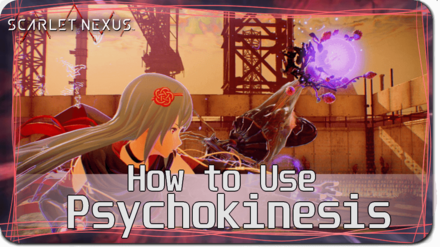 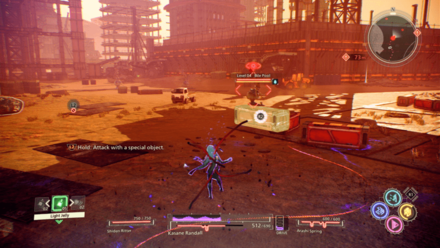 Psychokinesis is a psionic ability developed in the human mind that can manipulate objects around your character through telekenesis. These powers can be used to attack the Others that you'll encounter through Scarlet Nexus.

Only the two major characters you play as in Scarlet Nexus can make use of Psychokinesis. Picking either Yuito or Kasane as the characters you wish to play through will yield you the ability to weild this Psionic Ability in combat.

How to Use Psychokinesis

So long as your Psychokinesis Gauge is full, you can send as many available objects in your environment against your enemies to render good amounts of damage. Simply press on the Psychokinesis Attack button when you find objects you can throw around.

After sending an object at your enemy through a Psychokinesis Attack, you'll have to initiate a regular melee attack against your enemy to quickly dash towards them with a quick attack.

After hammering your enemies with either Basic and Special attacks, or both, press on the Psychokinetic Attack button to quickly dash back while sending an object into its way.

Certain objects in your environment can be used to deal even larger amounts of damage against enemies. Simply trigger the attack as soon as a Special Object comes into view to begin the process.

Once in the air, further inputs will appear on screen which you must promptly do to maximize your damage.

Psychokinesis has the following Skill Levels that can be unlocked after increasing your Bond Level with Yuito or Kasane.

When SAS Psychokinesis is active, hold down LT + RT (Xbox) / L2 + R2 (PS) / y (PC) to create a Psychokinesis Field, which gathers all nearby objects and launches them at an enemy. This is a very powerful finishing move which consumes the entire Psychokinesis SAS gauge.

In order for us to make the best articles possible, share your corrections, opinions, and thoughts about 「How to Use Psychokinesis | Scarlet Nexus」 with us!