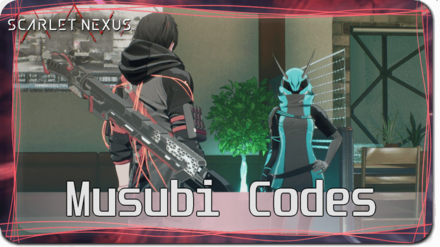 This is a guide to the Musubi Codes and their Rewards in Scarlet Nexus for the PlayStation, XBOX, and Steam. Read on to see a list of all the currently available Musubi codes, hints on finding the Hidden Codes, rewards for each code, and how to use the Musubi Codes.

Code on a Car

The Musubi Code can be found on a car that explodes due to an invasion of Others. The numbers 2009 seem to be scratched off the car.

On Musubi's brain message, her last entry will spell “CODE”. Use this when Musubi asks for a password when you first talk to her in Musubi's to proceed the conversation.

What Are Musubi Codes 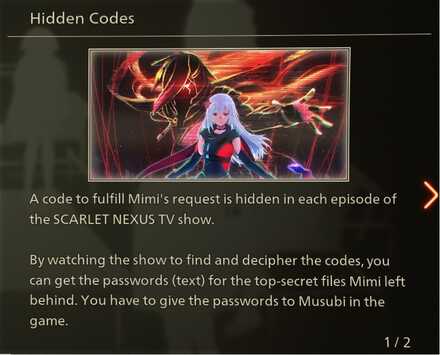 Musubi Codes are codes that you can give to Musubi by heading to her shop. You can access her shop from Phase 2 onwards in the game. The codes will be found in Scarlet Nexus' anime so watching them will be necessary to find the codes yourself.

Where to Watch Scarlet Nexus Anime

You'll recieve a Brain Message when new passwords are available

Even without updates, as long as the new anime episode airs out, you'll soon receive a Brain Message from Musubi about a new password. Make sure to keep your eyes peeled for unnatural english texts on the anime episode to find the password from each episode!

How to Use Musubi Codes

Can Be Used At Musubi's from Phase 2 Onwards 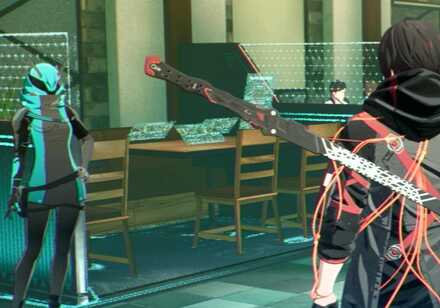 You'll be able to head to Musubi's at around Phase 2 of the game. You will recieve brain messages from Musubi with her asking for help from Mimi's investigations. 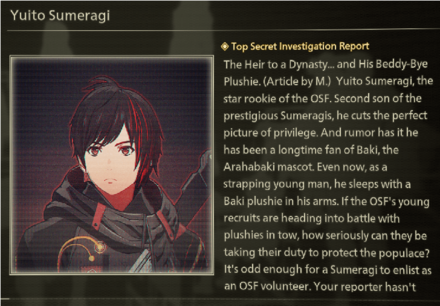 Successfully inputting the passwords will net you rewards as well as additional character information for your character's profiles. It is still unknown whether the same rewards will be given for the subsequent passwords so stay tuned for more info!

Register as a member and get all the information you want. (It's free!)
Login
Opinions about an article or post go here.
Opinions about an article or post
We at Game8 thank you for your support.
In order for us to make the best articles possible, share your corrections, opinions, and thoughts about "Musubi Codes Passwords (TV Show Codes)" with us!
When reporting a problem, please be as specific as possible in providing details such as what conditions the problem occurred under and what kind of effects it had.