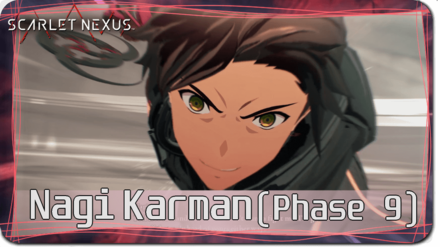 This is a guide to Nagi (Phase 9 Encounter), a boss in Scarlet Nexus for the Playstation, XBOX, and Steam. Read on to learn how to beat Nagi, Nagi's strengths, and weaknesses to use against this boss!

Nagi can access Brain Field when you deplete his health to a quarter of Full HP. Keep mobile during this phase and survive through his Brain Field.

Nagi can also throw wind projectiles similar to knives. We highly recommend mastering the Perfect Dodge to not be hit.

Likewise, Nagi can make himself invisible to the naked eye by cloaking himself and the area with gusts of wind. Use Clairvoyance to determine where he is.

Nagi can summon multiple roaming tornadoes inside his Brain Field. Use Teleportation to not get engulfed in these attacks.

How to Beat Nagi (Phase 9 Encounter)

Use Teleportation to Match His Speed 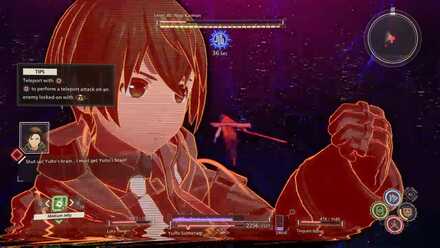 Nagi is extremely agile in this fight. Use Teleportation to match his speed and to be able to land psychokinetic attacks on him.

Use Clairvoyance to Determine Where He Is and Predict Heavy Attacks

Nagi will once again be able to cloak himself with gusts of wind. Use Clairvoyance to determine where he is.

He will also deal heavy damage this time around. You can use Clairvoyance to predict heavy attacks. Use this along with Perfect Dodging the heavy attacks.

Use Clairvoyance to Help with Perfect Dodge

In line with predicting heavy attacks, Clairvoyance can also help you dodge attacks. Manage this skill as well as you can as you will be using this SAS heavily during this fight.

Nagi will be more powerful than you in this state, and he will be relentless. We suggest keeping mobile during his brain field convergence to survive and carry on with the battle.

Note: When Nagi uses his Roaming Tornadoes inside the Brain Field, the easiest way to dodge them is to keep running sideways. The tornadoes will not be fast enough to clip you.

Enter Brain Drive as Often as You Can 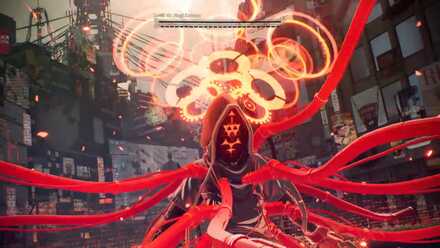 You can use Teleportation to penetrate through Nagi's airbending attacks, such as Tornado Barrier and Roaming Tornado. Likewise, you can activate Sclerokinesis to take no damage. Use these two SAS to boost your defense, and use this perfect time to weaken him.

Register as a member and get all the information you want. (It's free!)
Login
Opinions about an article or post go here.
Opinions about an article or post
We at Game8 thank you for your support.
In order for us to make the best articles possible, share your corrections, opinions, and thoughts about "How to Beat Nagi (Phase 9 Encounter): Boss Fight Guide" with us!
When reporting a problem, please be as specific as possible in providing details such as what conditions the problem occurred under and what kind of effects it had.