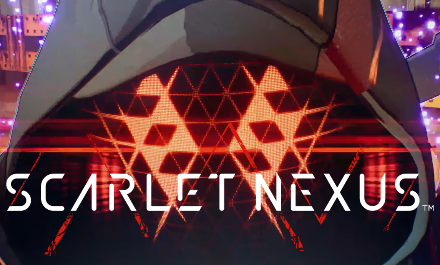 This is a list of all official trailers for Scarlet Nexus releasing on the PS4, PS5, Xbox One, Xbox Series X | S, and Steam. Watch all the available trailers relating to the game, below.

Scarlet Nexus' announcement trailer has players stepping into the shoes of Yuito Sumeragi and joining the OSF - an elite band of psionic warriors dedicated to exterminating the Others.

Scarlet Nexus boasts an impressive array of different character powers. The Powers trailer is a special showcase of all the different things you can do as a member of the OSF.

Players will have access to different powers, abilities, and specialities as part of a new OSF squad. Watch and get to know the different members of Yuito's squad in the Tokyo Game Show Trailer as they help you along your journey to fight the Others.

Scarlet Nexus will feature two different protagonists: Yuito and Kasane. Play as either one and watch how their stories begin to unfold and intertwine as they try to uncover the mystery behind Scarlet Nexus' red strings.

Meet Kasane Randall - an OSF scout with Psychokinesis who is constantly plagued by deams about the world's mysterious red strings. Get to know her and her squad as they take the fight to the Others in Bandai Namco's latest title.

Scarlet Nexus comes to the Xbox series platforms earlier than everyone else. For details on how to download the game demo, watch on!

For a complete and in-depth explanation of Scarlet Nexus' world and characters, watch this very helpful and insightful Explanation Trailer, published by Bandai Namco.

Scarlet Nexus is set to come out on June 25, 2021 for the PS4, PS5, Xbox One, Xbox Series X | S, and Steam! To find out how to pre-order Scarlet Nexus, visit our Pre-Order Guide page for more information!

Register as a member and get all the information you want. (It's free!)
Login
Opinions about an article or post go here.
Opinions about an article or post
We at Game8 thank you for your support.
In order for us to make the best articles possible, share your corrections, opinions, and thoughts about "List of Trailers" with us!
When reporting a problem, please be as specific as possible in providing details such as what conditions the problem occurred under and what kind of effects it had.