How to Perfect Dodge | Scarlet Nexus 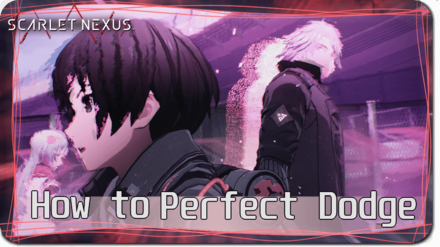 This is a guide on how to execute a Perfect Dodge in Scarlet Nexus. Read on to find out how to escape your enemy's attacks at the last minute and refill your Psychokinetic Gauge! 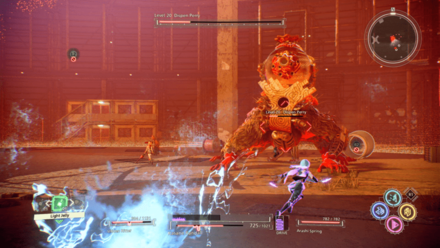 Dodging is an easy feat to do in Scarlet Nexus. Enemy attacks are telegraphed quite well, leaving you enough time to move away before an attack lands.

Being able to keep out of harm's way contributes to shorter fights and the use of less items and other resources that you might need for some of the game's tougher opponents. 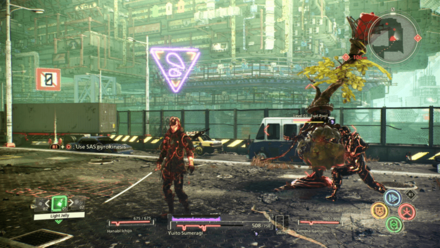 Certain Status Ailments such as Oil or Soaked will make the use of the dash button unavailable, and thus making Dodges and Perfect Dodges impossible in cases where it is needed.

How to Perfect Dodge

While simply dodging is an easy endeavor to do, Perfect Dodges on the other hand are quite difficult to pull off. The only assurance you have of being able to do so is by carefully watching out for when an enemy attack is about to land on you and not when it is just about to strike.

As the attack nearly completes, simply dash away to safety. If done right, this will trigger the Perfect Dodge, indicated by a glow that surrounds your chosen character.

At SAS Level 3, you can execute Perfect Dodges easier by using Tsugumi's SAS Ability, Clairvoyance. You can also trigger powerful "Read Attacks" immediately after executing a Perfect Dodge, which allows you to deal massive damage against enemies.

For a guide on how to increase your Bond Level with characters, and increase their SAS Ability's Level as a side effect, read our guide below!

What are Bond Levels?

Register as a member and get all the information you want. (It's free!)
Login
Opinions about an article or post go here.
Opinions about an article or post
We at Game8 thank you for your support.
In order for us to make the best articles possible, share your corrections, opinions, and thoughts about "How to Perfect Dodge" with us!
When reporting a problem, please be as specific as possible in providing details such as what conditions the problem occurred under and what kind of effects it had.