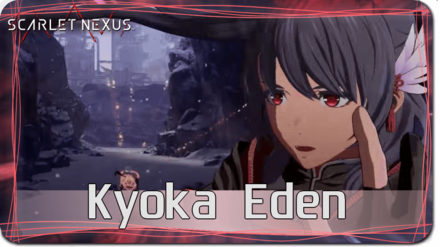 This a profile summary about Kyoka Eden, a character in Scarlet Nexus for the PS4, PS5, Steam, and Xbox. Read on to learn Kyoka Eden's Character Profile, Kinetic Abilities, Bonding Scenarios, and Best Combo Breakdowns. 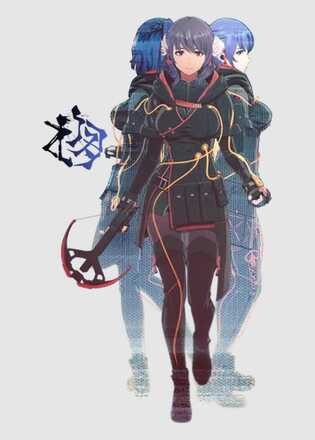 Kyoka is widely known as the OSF Major, the perfect amalgamation of brains and beauty. She is great at looking after her units and frequently oversees platoons as a result.

She treats her team as family, and is usually a kind and loving person who transforms when danger comes knocking.

She and Arashi joined the OSF the same year and have remained good friends throughout. 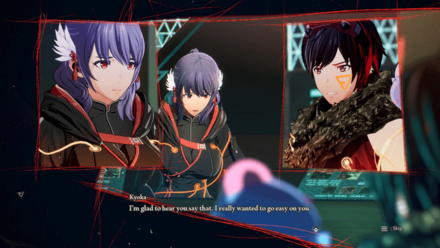 Kyoka Eden is the leader of her own OSF platoon. Under her command are Kasane, Naomi, Shiden., Arashi, Kagero, and Haruka. This platoon lineup remains mostly constant throughout Kasane's story (even with Kasane taking over. Her mature leadership gives the platoon a motherly figure that they can rely on. 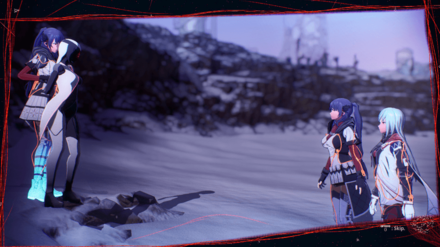 During Phase 8, it is revealed that Kyoka is a spy from Togetsu and is a clone of Dr. Pope, one of their foremost scientists.This leads to a confrontation with Kasane where she gets defeated and decides to join her platoon. Despite her initial alliance with Togetsu and the Design Children, she decides to turn away from them and help Kasane uncover their intentions, and stop Karen's plan to travel back to time.

She also goes back to Hieno Mountain during her Bond Episode and confront the Design Children once more.

How to Beat Kyoka Eden

In the ending, Kyoka decides to move away from her Togetsu connections and start a new life free from her past. She also decides to join the Lunar Surface Survey project

The highest level of this SAS Skill creates another copy of an object when using Psychokinesis.

Duplication enhances your attack by creating copies of Psychokinesis objects. This adds more damage to your attacks, enabling you to break shells easier and knock enemies faster.

Below is a list of all gifts you can give to Kyoka to raise your Bond Level with her:

In order for us to make the best articles possible, share your corrections, opinions, and thoughts about 「Kyoka Eden Abilities and Profile | Scarlet Nexus」 with us!