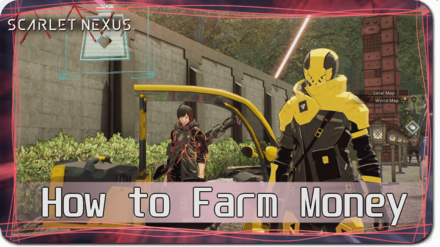 This is a guide on how to farm for money in Scarlet Nexus on the Playstation, XBOX, and Steam platforms. Read on to know how to farm money the fastest way and the best way to use your hard-earned money.

Money is one of the more precious commodities you have in Scarlet Nexus. Earning it can be a challenge itself, as picking them up from enemies – the primary method of earning money – only gives you small amounts each time.

To get more money to spend, players will need to do many of the same tasks they'd do otherwise when trying to Farm BP. 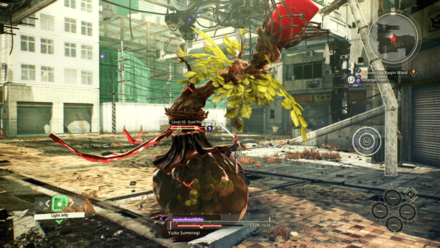 Defeating Others is the most common way to get money. The more of them you slay, the more money you get. Playing through the Main Story is a good way to come up against the different monsters you fight in Scarlet Nexus' world, but doing Quests is another good alternative to lead you through to fighting Others. 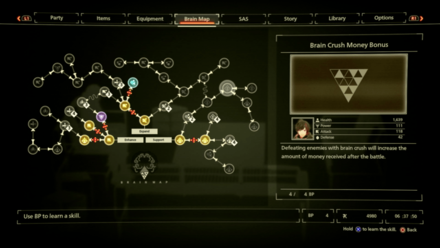 The Brain Crush Money Bonus skill in the Brain Map will increase the amount of money you receive after battles when you defeat enemies using Brain Crush. Similar to the simple act of defeating an enemy, the more Others you can defeat with Brain Crush, the higher the money reward will be. 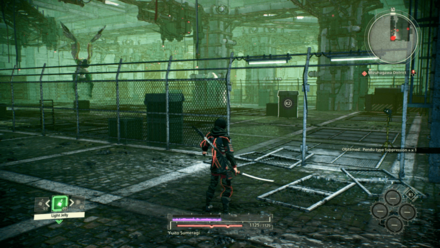 Similar to how backtracking through previously traversed areas can help increase your level and BP Farming, the same is true for money. Areas you've been through before will repopulate with enemies everytime you move in or out of it through the World Map, giving you a never-ending supply of Others you can slay for money. 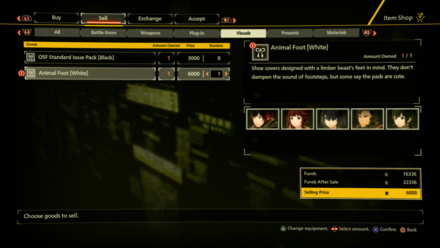 Backtracking through areas not only gets you the money you need from slaying monsters – this also allows you to collect Materials. Once you unlock the Exchange in the Shop, navigate towards it in the Shop and exchange the Materials you have for Visuals.

Depending on the Visual, this method will see you being able to gain ~3000 to ~6000 worth of money each time you exchange Materials for Visuals and sell them off. This is an excellent way to gain money for a small cost, as each exchange requires relatively cheap amounts of Materials of any given type. 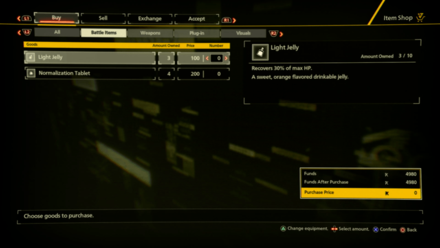 Restorative items are the best items you can purchase in Scarlet Nexus. They may appear plenty at first but if you're rushing the story and not doing much side content, you'll quickly find yourself running out of them. Make sure to restock whenever you can!

At the start of the game, you'll be seeing only stat-boosting Plug-Ins. However, later on in the game, you can start unlocking more Plug-Ins like Plug-Ins that makes perfect dodging easier and even status immunity Plug-Ins!

Last but not the least, buying weapons is an easy way to directly increase the damage you deal. It is also important to buy weapons for your favourite allies to bring into battle to further amplify their damage output! This does not mean that you should only buy weapons for your current active party members. Allies in the back roster can also help you by using Combo Visions and Assault Visions so make sure to not neglect them as well!

Register as a member and get all the information you want. (It's free!)
Login
Opinions about an article or post go here.
Opinions about an article or post
We at Game8 thank you for your support.
In order for us to make the best articles possible, share your corrections, opinions, and thoughts about "How to Farm Money : Fast Money Farming Guide" with us!
When reporting a problem, please be as specific as possible in providing details such as what conditions the problem occurred under and what kind of effects it had.