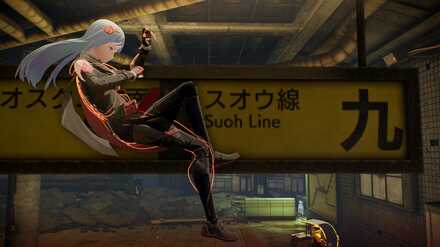 This is a guide to Available Platforms and Steam Requirements for Scarlet Nexus. Read on to find out which platforms the game releases on, system requirements, and exclusive platform features!

Scarlet Nexus is available on each of the platforms listed below.

The game is releasing on current-gen platforms such as PC, PS4, and Xbox One.

The game is releasing on new gens platforms such as PS5 and Xbox Series X | S.

Is Scarlet Nexus on the Switch?

Currently Not Available on the Switch

Bandai Namco has not made any announcements to release Scarlet Nexus for the Switch.

We will give you the latest updates on Scarlet Nexus for the Switch once new information is available!

Register as a member and get all the information you want. (It's free!)
Login
Opinions about an article or post go here.
Opinions about an article or post
We at Game8 thank you for your support.
In order for us to make the best articles possible, share your corrections, opinions, and thoughts about "Available Platforms : PC Requirements" with us!
When reporting a problem, please be as specific as possible in providing details such as what conditions the problem occurred under and what kind of effects it had.