What Are Brain Messages | Scarlet Nexus 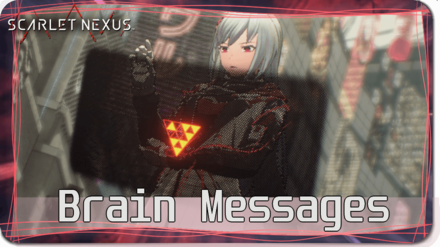 This is a page for all the information on Brain Messages in Scarlet Nexus for the Playstation, XBOX, and Steam platforms. Read on to find out how BOND events can be triggered through messages, how to reply, and more!

What Are Brain Messages 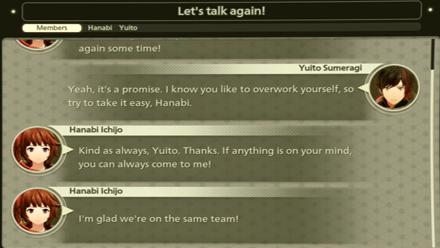 Brain Messages are messages you receive from various people you meet throughout Scarlet Nexus that appear as simple text messages. These can be viewed under Brain Messages in the Library tab of the pause menu. 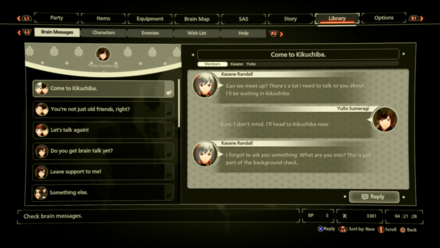 Messages in the Brain Messages menu whose reply icon is highlighted can be replied to. These messages further the conversations with people who send you messages, giving a deeper insight into the intricacies surrounding the relationships between your character and the people they've met. 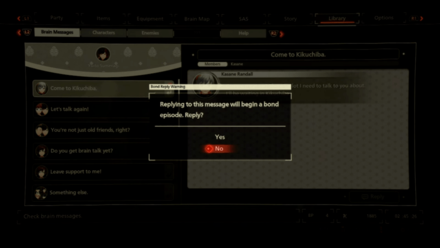 Some Brain Messages can lead into BOND Episodes, which can be used to increase the levels of your allies' SAS Abilities. These BOND Episodes also make it so that Assault Visions will become more frequent as you fight against the Others.

Register as a member and get all the information you want. (It's free!)
Login
Opinions about an article or post go here.
Opinions about an article or post
We at Game8 thank you for your support.
In order for us to make the best articles possible, share your corrections, opinions, and thoughts about "What Are Brain Messages" with us!
When reporting a problem, please be as specific as possible in providing details such as what conditions the problem occurred under and what kind of effects it had.