New Game Plus Features : What Gets Carried Over to NG+ | Scarlet Nexus 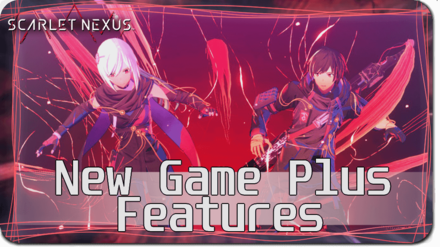 Does Scarlet Nexus Have A New Game Plus 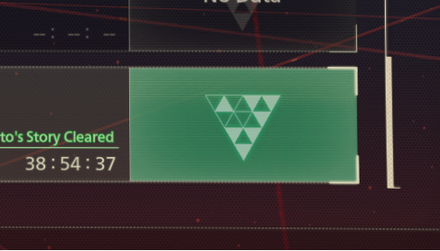 Ex New Game is Scarlet Nexus' New Game Plus. It allows you to carry over a save file that has saved from the game's end screen. To know which save file can be used for new game plus, the save file will show a green icon similar to the image above.

Aside from the EX New Game feature, you can also reload your save file to continue the game. There will be several weapons and Plug-Ins available for exchange from Satori. Aside from gears, there are also new side quests that can reward you with rare Phantom Materials. These materials can be traded to gain a character's strongest weapon. There is one Phantom material for each character and all can be obtained in a single playthrough

What Gets Carried to New Game Plus

Everything Gets Carried Over to New Game Plus

With the exception of level and Brain Map skills being optionally carried over, everything gets carried over to a new game plus. However, take note that Yuito and Kasane's Bond Levels are separate so if you choose to play a different starting character, everyone's Bond Level will reset to 1

Register as a member and get all the information you want. (It's free!)
Login
Opinions about an article or post go here.
Opinions about an article or post
We at Game8 thank you for your support.
In order for us to make the best articles possible, share your corrections, opinions, and thoughts about "New Game Plus Features : What Gets Carried Over to NG+" with us!
When reporting a problem, please be as specific as possible in providing details such as what conditions the problem occurred under and what kind of effects it had.