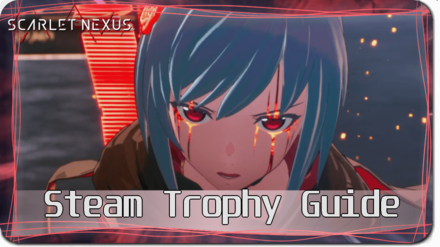 This is a guide to the acquirable achievements in Scarlet Nexus for PC (Steam). Read on to learn how to unlock the achievements!

Play Through Both Story Routes

A number of trophies can only be unlocked after starting and playing through both Yuito and Kasane's story routes. Playing through both Routes allows you to level up your abilities and obtain currency and access all the content necessary to obtain more trophies! 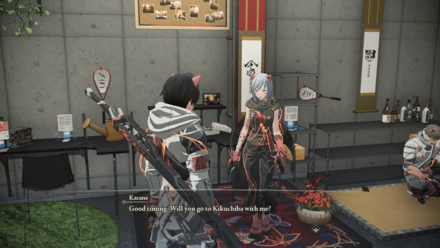 Playing both Kasane and Yuito's story routes allow you to access Bond Episodes for all characters. This is important in acquiring all trophies, as you get a trophy for reaching Bond Level 6 with all characters.

Watch and Play Bond Episodes on Both Routes

Each character has a trophy related to watching and playing their bond episodes in both the Kasane and Yuito routes. It is important to finish Bond Episodes 4 and 5 for all characters on both routes to ensure you unlock all Bond Episode related trophies.

Obtain and Give Gifts

Giving gifts to characters in the game is important, as it increases your bond level with them, and provides you with new items and other gifts as well.

At the end of each phase, you can access new bond episodes, which allow you to increase bond levels, and receive new items that you can use as gifts.

There are some trophies that can be acquired by perforning different combat skills and SAS abilities.

You can travel back to areas that you have played through in previous phases in order to encounter the same enemies, or master some of your abilities such as Combo and Assault Visions. Repeating these same moves will allow you to acquire all the necessary combat trophies.

Psychokinesis is an ability that you have to master to gain trophies for combat. Using Object Follow-Up Attacks, and throwing objects multiple times will allow you to unlock more trophies.

Register as a member and get all the information you want. (It's free!)
Login
Opinions about an article or post go here.
Opinions about an article or post
We at Game8 thank you for your support.
In order for us to make the best articles possible, share your corrections, opinions, and thoughts about "Steam (PC) Achievements" with us!
When reporting a problem, please be as specific as possible in providing details such as what conditions the problem occurred under and what kind of effects it had.