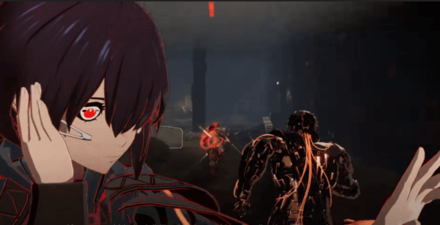 This is a guide on how to use Clairvoyance, a Struggle Arms System (SAS) skill in Scarlet Nexus for the Playstation, XBOX, and Steam. Read on to see how to use this skill, characters that have them, and their skill levels!

Clairvoyance allows your character to reveal invisible enemies and find them in low-visibility areas. Along with that, Perfect Dodges are easier to execute, and performing it successfully allows you deal a read attack that deals heavy damage.

How to Use Clairvoyance?

To equip Clairvoyance as one of your SAS Skills, assign Tsugumi Nazar on the SAS Tab of the pause screen. You can equip a total of 4 SAS Skills in your party, and you can use the skills of inactive party members.

Clairvoyance is an SAS skill that can reveal invisible enemies. These are effective against enemies like the Saws Paws and the Slippy Chinery, which disappear and try to attack you while hidden.

Some enemies like the Missin Pound will cover the area in fog, making it difficult to see and lock on to enemies. Activating Clairvoyance SAS will easily let you see through the fog and disperse it by hitting an enemy.

With Clairvoyance SAS active, lowering enemies' crush gauges and Brain Crushing them will be a lot easier

Achieving Level 6 Clairvoyance will increase the rare item drop rate, and is a must for Material farming. Increase the SAS level by viewing Tsugumi's Bond Episodes.

How to Farm Materials

Clairvoyance has the following Skill Levels that can be unlocked after increasing your Bond Level with Tsugumi.

A Perfect Dodge happens when you dodge an enemy's attack at the right moment while SAS Clairvoyance is active. Immediately hitting Attack during the Perfect Dodge will execute a Read Attack, which is a powerful counterattack.

Achieving Level 2 SAS Will allow you to break enemy shells with a single Read Attack.

Immediately hitting Psychokinesis Attack during the Perfect Dodge will execute a Psychokinesis Read Attack, which is a powerful counterattack which can knock enemies prone.

Using Clairvoyance to see these invisible enemies not only gives you a better idea of where to go and attack when enemies try to become unseen – it also makes it so that any hit you successfully land while enemies are still invisible will cause them to fall down on the ground in a stunned state.

Seeing the invisible isn't the only thing that Clairvoyance can do. When encountering enemies that create duplicates of itself such as Doppel Pools, you can use the ability to see which of the copies is the original. Targeting the original and successfully landing hits will cause the copies to dissipate harmlessly away.

Perfect Dodging is Easier with Clairvoyance

Given that you can perform Read Attacks with Clairvoyance, a little known fact is that performing Perfect Dodges in general is made easier with Clairvoyance turned on. With it, you can easily dodge any enemy attack that your foes try to dish out against you, allowing you to avoid harsh damage you might otherwise find difficult to avoid when the ability is off. 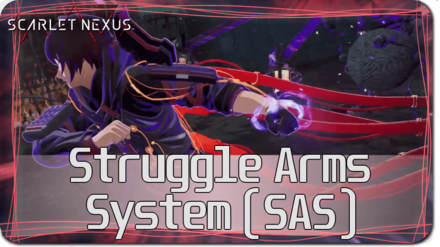 Register as a member and get all the information you want. (It's free!)
Login
Opinions about an article or post go here.
Opinions about an article or post
We at Game8 thank you for your support.
In order for us to make the best articles possible, share your corrections, opinions, and thoughts about "Clairvoyance SAS Skill Overview" with us!
When reporting a problem, please be as specific as possible in providing details such as what conditions the problem occurred under and what kind of effects it had.