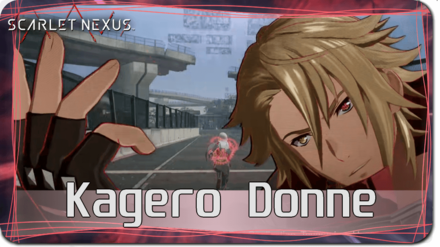 This a profile summary about Kagero Donne, a character in Scarlet Nexus for the PS4, PS5, Steam, and Xbox. Read on to learn Kagero Donne's Character Profile, Kinetic Abilities, Bonding Scenarios, and Best Combo Breakdowns. 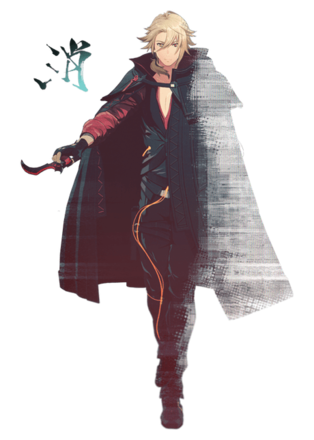 An adult recruit of the OSF, who was scouted much later than usual, Kagero is a sociable, somewhat frivolous young man. With his handsome appearance and silver tongue, he can befriend anyone and get himself out of any situation.

He never accepts defeat even in the direst times, and he always jokes around to reassure his teammates. He is an immigrant from Togetsu, a priest of their faith.

However, he does not appear interested in their teachings anymore. His past is the only aspect of his life that he is secretive about.

While he keeps saying that he is a priest from Togetsu, Kagero is an immigrant from the moon along with Yakuto Sumeragi 2,000 years ago. He has experienced numerous events in the past, including the Spring of Extinction where he lost his left eye.

Back in the moon, he had a family, but he hever returned to them after they had passed away. After learning Togetsu's true intentions of using Red Strings, he turns against them.

How to Beat Kagero Donne 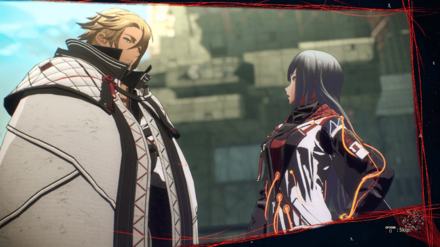 Kagero wanted to know more about Kasane, since he sees her as a reserved and secretive person. He first tries to open up after a date by asking about turning back time to save Naomi, and then shares his own regrets. Kagero later talks about taking lives, as he tried to kill Kasane. He doesn't take killing lightly, but he would do anything to protect members of his family.

In the end, Kagero decides to create a fresh new start on his life, and forget about his past.

In the ending, Kagero decides to join the Lunar Surface Survey project along with other OSF members as a way of redeeming his past self and support Kasane. He is initially hesistant at first, but Tsugumi feels like she could convince him to join the journey to the moon.

The highest level of this SAS skill increases backstab damage by a greater amount, and increases the duration of being hidden from enemies. This allows you to take more time and find the best spot to attack enemies.

Kagero's SAS skills enable him to stay hidden from the fight, leaving enemies unaware of your location. This allows you to strike by surprise, dealing bonus damage and having a chance to break shells.

Below is a list of all gifts you can give to Kagero to raise your Bond Level with him:

In order for us to make the best articles possible, share your corrections, opinions, and thoughts about 「Kagero Donne Abilities and Profile | Scarlet Nexus」 with us!