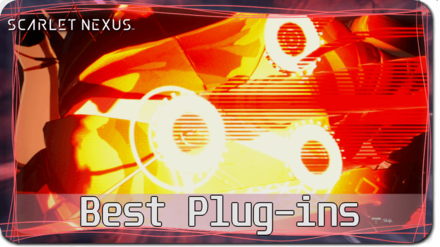 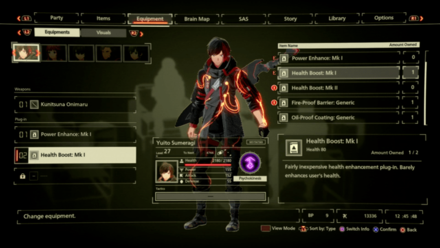 Plug-ins are pieces of Equipment that you can collect and equip to your character and their allies. These Plug-ins bring no visual changes to your character, but does however provide them with various stat bonuses that modify how you do in combat scenarios.

Plug-ins that directly influence combat stats such as Power, Attack, and attack efficiency.

These Plug-ins do not directly influence Defensive or Offensive stats, but do however bring modifiers to passive elements in your experience such as EXP and Money gain, SAS Abilities, and combat mechanics amongst others.

Register as a member and get all the information you want. (It's free!)
Login
Opinions about an article or post go here.
Opinions about an article or post
We at Game8 thank you for your support.
In order for us to make the best articles possible, share your corrections, opinions, and thoughts about "Best Plug-ins" with us!
When reporting a problem, please be as specific as possible in providing details such as what conditions the problem occurred under and what kind of effects it had.