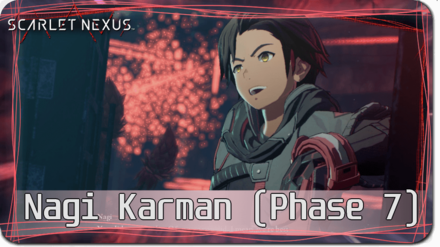 This is a guide to Nagi, a boss in Scarlet Nexus for the Playstation, XBOX, and Steam. Read on to learn how to beat Nagi, Nagi's strengths and weaknesses, and the best SAS to use against this boss!

Nagi can summon tornadoes using his power. Keep mobile to not get hit with this attack or use Sclerokinesis to not take damage.

Nagi can also throw wind projectiles similar to knives. We highly recommend mastering the Perfect Dodge to not be hit.

Likewise, Nagi can make himself invisible to the naked eye by cloaking himself and the area with gusts of wind. Use Clairvoyance to determine where he is. 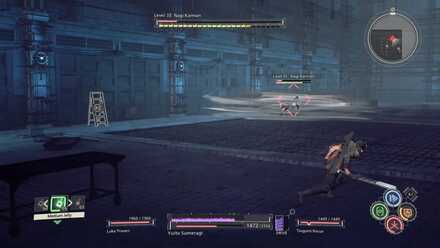 Nagi shrouds himself in a protective whirl of a tornado. You can't throw objects at him in this state. You're only recourse if you want to deal damage is to use Teleportation or Sclerokinesis to be able to come near him and use melee attacks.

How to Beat Nagi

Use Clairvoyance When Nagi Cloaks Himself With Air

Nagi will airbend his way to hurting you. Likewise, he can use his powers to cloak himself in gusts of wind. Use Clairvoyance to determine where he is.

Use Teleportation to Catch Up with Nagi

Nagi will also airbend his way to speed up his moves. Use Teleportation to catch up with his speed so you will be able to hit him with melee attacks.

Use Sclerokinesis to Not Take Damage

There are instances where you must be in close range to Nagi while he is attacking. We highly recommend using Sclerokinesis to not take damage while you attack him.

At this point in the game, we highly recommend mastering the Perfect Dodge to keep out of harm's way. Being mobile might not be of much help in this battle as Nagi's attack has a wide reach.

If you are finding Perfect Dodges hard to pull off, use Teleportation to dodge forward when he uses any of his ranged Aerokinesis attacks.

Register as a member and get all the information you want. (It's free!)
Login
Opinions about an article or post go here.
Opinions about an article or post
We at Game8 thank you for your support.
In order for us to make the best articles possible, share your corrections, opinions, and thoughts about "How to Beat Nagi (Phase 7 Encounter): Boss Fight Guide" with us!
When reporting a problem, please be as specific as possible in providing details such as what conditions the problem occurred under and what kind of effects it had.