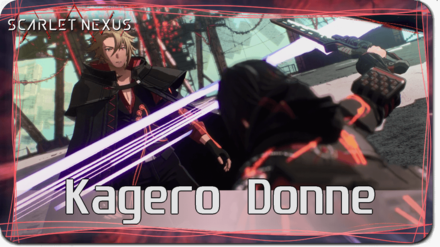 This is a guide to Kagero Donne, a boss in Scarlet Nexus for the Playstation, XBOX, and Steam. Read on to learn how to beat Kagero, Kagero's strengths, and weaknesses to use against this boss!

Kagero will have access to his SAS, Invisibility during the fight. Clairvoyance will be unavailable in this fight as this is a solo fight, however you can a see a faint outline of him on the screen. Pay attention to that.

Kagero is adept at wielding throwing knives. When he performs melee attacks, expect that the final attack of the chain will be a backlip into knife throw.

Note: Any kind of knife throw done by Kagero will interrupt player actions. This includes interrupting normal and psychokinetic attacks.

Kagero will also use a Knife Throw AoE. This is signalled by him kneeling down and charging up the attack. When charged, Kagero will jump up and throw a fan of knives at the player.

Kagero will have access to Brain Drive after you deplete his health by a certain amount. He will be more powerful in this state, and you will not be able to disrupt his Invisibility as easily as before.

Use your Psychokinesis to weaken him and execute Perfect Dodges to get precious invulnerability frames when Kagero enters this state.

When Kagero enters Brain Drive, his normal Knife Throw will be upgraded to a fan of knives. It has more projectiles and deals more damage.

While it is easy to dodge this attack by jumping up, it isn't as telegraphed as his normal knife throw. Be wary of it when you play with low health.

Kagero does not have any particular weakness in this fight, since you only have access to Psychokinesis. However, you can use your Psychokinetic Follow-Up Attacks to break his shell.

Note: When he kneels down to channel his Knife Throw AoE, you can hit his kneeling form even if he is Invisible. This will disrupt his attack and open him up to damage.

How to Beat Kagero

Use Psychokinetic Attacks When He Reveals Himself

Weaken him using your psychokinetic abilities while his SAS is on cooldown. Break his shell using Psychokinesis and go in for the kill as quick as possible.

Since most of Kagero's moves are telegraphed, use Perfect Dodges to create openings for dealing damage. We recommend learning Perfect Dodge Attack to maximize your damage without the help of SAS.

Kagero is adept at wielding throwing knives. Move or dodge to the side when he throws one knife. When he uses multiple knives, dodge forward to avoid them.

Pay Attention to His Faint Outline 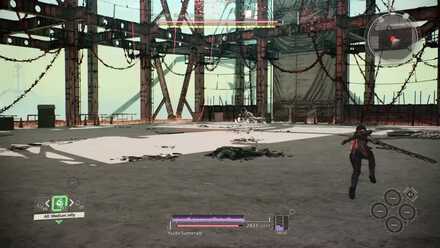 Clairvoyance will be unavailable in this fight as this is a solo fight, however you can a see a faint outline of Kagero on the screen. Pay attention to that to determine where he is.

Caution: This fight will be tricky since you cannot lock on to Kagero when he is invisible. The camera will be all over the place so make sure not to spam your attacks needlessly.

Attack Kagero when He Kneels

Every now and then, Kagero will kneel to perform a charge animation for his throwing knives. This is indicated by a large halo of light that engulfs him when he kneels.

Take advantage of this and hit him when he begins to charge. This will disrupt his attack and stun him in the process.

In order for us to make the best articles possible, share your corrections, opinions, and thoughts about 「How to Beat Kagero Donne: Boss Fight Guide | Scarlet Nexus」 with us!