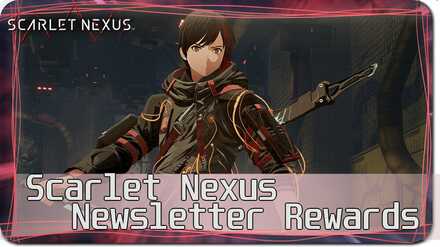 This is a guide to the Newsletter Rewards in Scarlet Nexus for the Xbox, Playstation, and PC. Read on for updates on the Scarlet Nexus Newsletter rewards and how to redeem the exclusive DLC weapons for Yuito and Kasane.

It has long been advertised before launch that signing-up for Bandai Namco's newsletter will net players of Scarlet Nexus, 10 Free and Exclusive DLC Weapons.

Featured in the newsletter rewards are 5 new Knives for Kasane Randall and 5 new Katanas for Yuito Sumeragi.

How to Redeem Newsletter Rewards 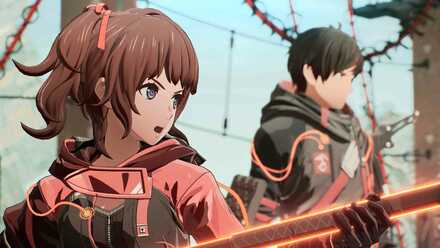 Players will need to sign-up for the Scarlet Nexus newsletter on the Bandai Namco Official Website, in order to redeem the 10 DLC Weapons.

Wait for the Newsletter Updates

Currently, there has been no update as to the ETA of the DLC Weapon Drop or how to redeem them. Stay tuned as we update this page when a release has been confirmed! 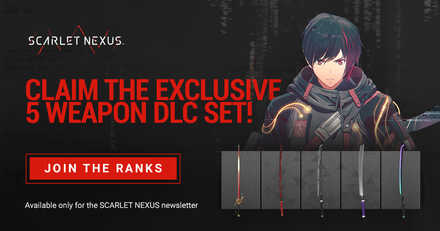 Yuito will receive 5 new Katanas from the Scarlet Nexus Newsletter. His set of DLC weapons was announced first by Bandai Namco in their earlier tweets. 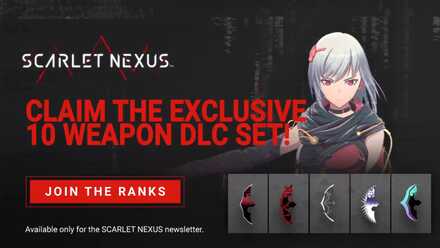 Prior to launch, it was also announced the it would become ten Free DLC Weapons instead of five. Kasane Randall, in the days leading up to the release, would also receive 5 new Knives for her arsenal.

In order for us to make the best articles possible, share your corrections, opinions, and thoughts about 「Scarlet Nexus Newsletter Rewards and Updates | Scarlet Nexus」 with us!