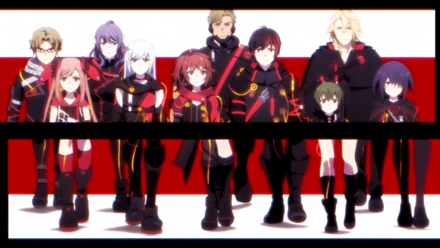 Credited for works on Shenmue III, Persona 5 Royal, Pokemon Masters and many other game titles, Xanthe Huynh has been a veteran in voice works for video games since joining in 2007.

Aaron Hendricks is a newcomer to the video game industry, with his work on Scarlet Nexus being his only credited voice work to date.

A long time veteran in the game industry, Zach Aguilar has credited works dating as far back as 2004 with games such as World of Warcraft, Phantasy Star Online 2, and Fire Emblem Heroes.

Past voice works from Mark Whitten include NieR Replicant, Demon's Souls, Spider-Man: Miles Morales, and many other games from as far back as 2010.

Reba Buhr has previously worked on famous titles such as Fire Emblem Heroes, The Elder Scrolls Online, and Pokemon Masters.

Lauren Landa is an industry veteran, with credited voice works from as early as 2003, with works on MapleStory, Soulcalibur V, and Phantasy Star Online 2.

Chris Patton has been credited for works on recent titles such as Final Fantasy VII Remake, Shenmue III, and Fire Emblem: Three Houses.

Register as a member and get all the information you want. (It's free!)
Login
Opinions about an article or post go here.
Opinions about an article or post
We at Game8 thank you for your support.
In order for us to make the best articles possible, share your corrections, opinions, and thoughts about "Cast and List of Voice Actors" with us!
When reporting a problem, please be as specific as possible in providing details such as what conditions the problem occurred under and what kind of effects it had.