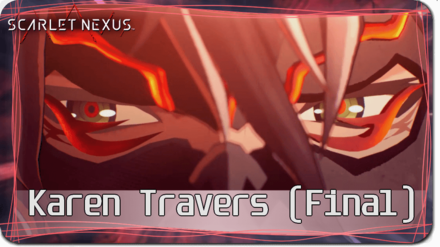 This is a guide to Karen Travers (Final Phase Encounter), the final boss in Scarlet Nexus for the Playstation, XBOX, and Steam. Read on to learn how to beat Karen in both stages, Karen's strengths, and weaknesses to use against this boss!

Karen can animate ground spikes with a wide reach. We highly recommend using Sclerokinesis to not take damage. Alternatively, use Teleportation or Hypervelocity to dodge this attack.

Karen is proficient in hand-to-hand combat. If you cannot execute a Perfect Dodge, we highly recommend using Sclerokinesis, Teleportation, or Hypervelocity to not take damage from this attack.

Karen can access Brain Field Convergence when you deplete a quarter of his health. Keep mobile during this phase and survive through his Brain Field.

Karen can duplicate 2 more of himself. To determine the real Karen, use Clairvoyance and then attack him to delete the 2 duplicates.

Karen has access to Electrokinesis, which can momentarily paralyze you. Dodge this attack as best as you can because Sclerokinesis cannot prevent you from getting paralyzed, even if you take no damage.

Sometimes, Karen will use Electric Spheres instead of his typical Electrokinesis attacks. These spheres will home in on players and will have a high chance to stun on impact. We recommend using Invisibility as this will dispel the attack immediately.

If you enter Invisibility, Karen will react in one of two ways. If you or your companions get close to him and attack, Karen will use Sclerokinesis preventing him from being damaged while dealing damage in a small AOE around himself.

If you are far away from him, Karen will instead use Clairvoyance to reveal you and your allies' positions.

Teleportation gives Karen crazy speed. This is his primary method of getting around the battlefield. Use the same SAS or Hypervelocity to keep up with the openings he gives you.

When you manage to bring Karen down to below 1/4th of his HP, he will initiate a Psychokinesis + Pyrokinesis attack, gathering all the crates in the arena and hurling it at you in 3 phases.

Karen is more powerful than you in this state, and he will be relentless. We suggest keeping mobile during his brain field convergence to survive and carry on with the battle.

Remember: The goal here is to waste time. Wait out the timer and focus on staying alive. Also, try to save your recovery items as this boss fight still has a 2nd phase.

Use Invisibility when Stunned

Since the goal is to waste time until his Brain Field runs out, use Invisibility if you get stunned by Karen's Electrokinesis to have him miss his attacks.

Note: This can also be used to have his Duplication Rush Attack miss you entirely. When you see him duplicate into 3, activate Invisibility immediately and all his attacks will miss.

Use Sclerokinesis to Avoid Damage

Karen is proficient in hand-to-hand combat and can animate ground spikes. If you cannot execute a Perfect Dodge, we suggest using Sclerokinesis to avoid taking damage from his attacks.

Warning: Even with Sclerokinesis active, your character can still get stunned by Karen's Electrokinesis. Try not to over rely on Gemma's SAS and save it for when damage is unavoidable.

Use Clairvoyance to Find the Real Karen

When Karen uses Duplication, activate Clairvoyance to highlight him in green. Attack the real one to delete the 2 copies.

Additionally, players can use Hypervelocity or Teleportation to close the distance between themselves and the true copy of Karen. This allows you to get more hits in before he teleports away.

Use Teleportation or Hypervelocity to Keep Up with Karen

Karen is extremely agile in this fight. Use Teleportation or Hypervelocity to match his speed and land normal and psychokinetic attacks on him. You can also use these SAS to escape his Ground Spikes Attack.

Buy As Many Brain Field Gears As You Can 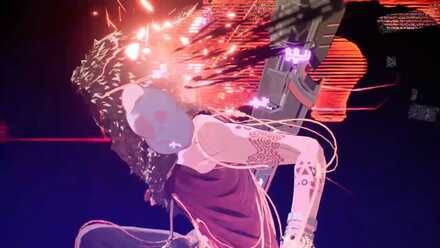 Use Brain Field Gear to enter Brain Field Convergence as fast as possible. You will be able to deal a lot more damage to Karen in this state. However, do note that using them will put them on cooldown for a certain amount of time.

If you get hit by any one of Karen's attacks during his Psychokinesis + Pyrokinesis phase, he will do a multiple hit combo that leaves you at very low health.

Make sure to dodge properly using either Hypervelocity or Sclerokinesis to avoid taking this major damage burst. 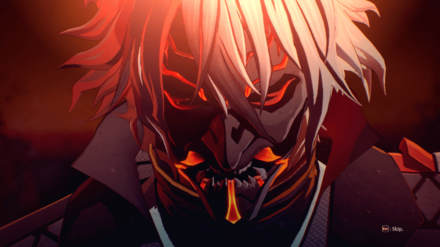 All his attacks will be the same as in Phase 1. However, they will be dealt by shadowy clones of Karen rather than himself. You can only attack his kneeling form. His shadowy clones can be dispelled in one hit but they will respawn.

Sorrow is the first statue you will have to deal with. It carries the fan that conceals the real Karen Travers behind it. Destroy and use its Big Dipper Fan to disable it.

Rancor will drop a Cluster Crystal at the center of the arena. It will be in the shape of a Dump Truck. Destroy it to disable this statue.

Warning: When the Cluster Crystal first drops, it will cause a shockwave of damage to explode outwards. It will also be surrounded by mini-tornadoes which players will have to avoid.

Rage will have 2 Forms. The first drops Anchor Crystals that players will have to break in order to use against the statue. Only one will be the real anchor crystal among the many that spawn.

Alternatively, the second Rage can also drop Column Crystals that can only be broken using Pyschokinetic Attacks. Break either type of crystal to use it against the statue.

During Sorrow's turn, destroy the Big Dipper Fan using Psychokinesis or a combination of Duplication and Electrokinesis. Afterwards, hurl the thing at the statue to have it drop the Sorrow Mask. Use it to expose the real Karen to damage.

Warning: If the fan is left too long without being destroyed, it will begin to rotate around the arena making it harder to hit within the time limit.

During Rancor's turn, destroy the Cluster Crystal that descends. It will come in the form of a massive Dump Truck. Afterwards, hurl the thing at the statue to have it drop the Rancor Mask. Use it to expose the real Karen to damage.

Warning: When the crystal drops it will deploy a black shockwave that deals massive damage. Use Sclerokinesis to avoid taking damage. Additionally, the crystal will be guarded by huge tornadoes. Use Hypervelocity to bypass their spins.

Use Clairvoyance to Find the Real Anchor Crystal

During one of Rage's turns, it will drop multiple Anchor Crystals that you must destroy within 10 seconds. Activate Clairvoyance to find the real crystal and destroy it.

Afterwards, hurl the crystal at the statue to have it drop the Rage Mask. Use Psychokinesis on it to disrupt the arena and expose the real Karen to damage.

Another of Rage's special object drops will be the Column Crystal. While players can hit it using jump attacks, they will be ineffective. Use Duplication and Psychokinetic Attacks to hurl objects at the crystal and break it.

Afterwards, hurl the column at the statue to have it drop the Rage Mask again. Use Psychokinesis on it to disrupt the arena and expose the real Karen to damage.

We highly recommend activating Brain Field Convergence as fast as possible in order to maximize damage against the kneeling Karen. Use Brain Field Gear to enter the state, repeatedly.

If that isn't possible, use the Concurrent SAS Activation skill to deploy mixture of SAS to take out the statues' Special Objects and Karen, afterwards.

Use Sclerokinesis or Hypervelocity to Prevent Interruption

Each time players manage to destroy a type of special object, the statues' masks will drop in the center of the arena. Using Psychokinesis on them will disrupt the arena and expose the real Karen to damage.

During channeling, shadowy clones can still attack you. Use Sclerokinesis or Hypervelocity to prevent Karen from interrupting your Psychokinesis channel.

Use Hypervelocity + Duplication While Attacking Karen

Hypervelocity buys a lot of time while attacking Karen. Use it when he's vulnerable. Combine this with Duplication and Electrokinesis / Pyrokinesis to deal extra damage.

If players have high enough Bond Levels with everyone, they can use Combo Visions to chip away at Karen's HP. This way, when the crush gauge is depleted, a significant amount of HP should already be gone.

Kagero, Gemma, Tsugumi, and Arashi all have Combo Visions that are easy to hit and quick to use.

How to Use Combo Visions

Register as a member and get all the information you want. (It's free!)
Login
Opinions about an article or post go here.
Opinions about an article or post
We at Game8 thank you for your support.
In order for us to make the best articles possible, share your corrections, opinions, and thoughts about "Final Boss | How to Beat Karen Travers (Final Phase Encounter): Boss Fight Guide" with us!
When reporting a problem, please be as specific as possible in providing details such as what conditions the problem occurred under and what kind of effects it had.