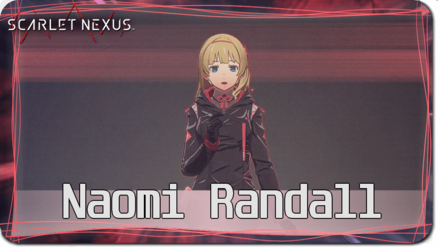 This is a profile summary about Naomi Randall, a character in Scarlet Nexus for the PS4, PS5, Steam, and Xbox. Read on to learn Naomi Randall's Character Profile. 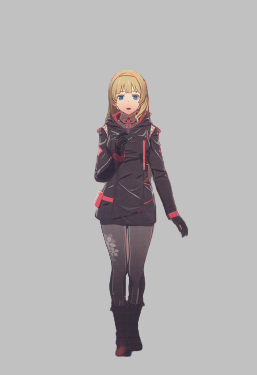 Naomi is the oldest daughter of the Randall family, which owns Randall Industries, one of the largest military contracting companies in the world. Despite being doted on by her parents a lot, she is a selfless girls who treats everyone with kindness and has a strong sense of justice.

When Kasane got adopted into the family, she didn't feel like a part of the family. However, Naomi welcomed her with open arms and treated her like a beloved younger sister. Naomi is popular with the boys, but she is a shy and quiet person who still has yet to find a boyfriend. 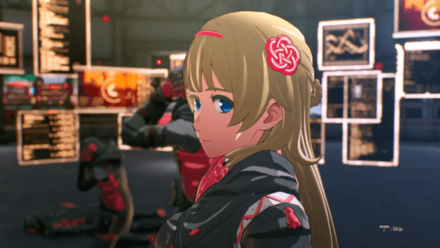 Naomi's story in the game begins with her and Kasane entering their last phase of training and being given their first SAS connections. They connect successfully and conclude their training, however, Others attack the city of Suoh, forcing them to fight and protect the city.

Along the way, they meet Yuito and Nagi. Kasane notices that there's a visible attraction between Naomi and Yuito, which she decides to push to Yuito in the story. 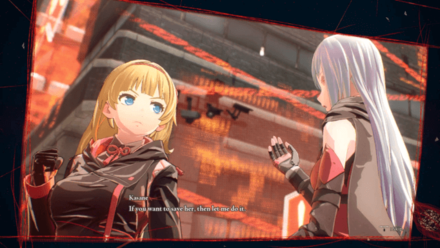 Naomi is assigned to the Kyoka Platoon along with Kasane, Shiden, Haruka, and Gemma. They then get assigned to their first mission in Mizugahawa District. After completing the mission, Kasane goes through another mission as Naomi is asked to take a rest.

By the end of the Phase, Kasane talks to Yuito and asks about his feelings about Naomi, as she sees him as a good boyfriend. 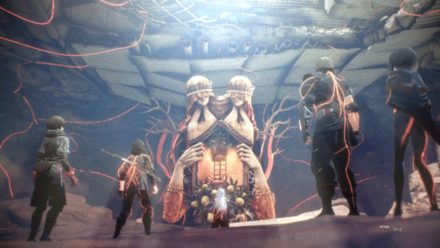 Naomi and the Kyoka Platoon are then assigned on a mission and go to the Abandoned Suoh Subway. After encountering a large number of Others in one area, Naomi gets a vision where Kasane would be shot by a bullet and get killed. To counter this, Naomi pushes Kasane off and takes the bullet, turning her into an Other.

Before she begins to attack further in her new form, an OSF regiment takes her in and transport her into a secret OSF facility. Kasane will try to chase Naomi, but is stopped by Kodama Melone.

How to Beat Naomi Randall 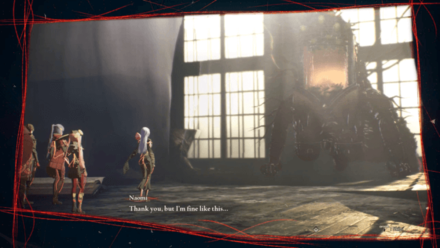 After Kasane enters the OSF facility, she finally finds Naomi. They check in her condition with the intention to save her. However, Naomi declines, as she could no longer live normally as an Other. However, she can only control herself by taking ampoules, a medicine that gives Others the ability to communicate using their human voice. 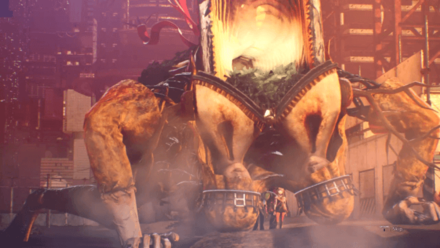 During Phase 9, Kasane's Platoon discovers Naomi along with human-born Others in Mizugahawa and confront the Melone twins. After the battle with Kodama and Yuta Melone, the Design Children Army from Togetsu attack them. Neomi decides to defend Kasane and her platoon by fighting them off along with Others.

After the fight, Naomi is fatally wounded. She tells Kasane some final words before disappearing for good, leaving Kasane distraught.

Register as a member and get all the information you want. (It's free!)
Login
Opinions about an article or post go here.
Opinions about an article or post
We at Game8 thank you for your support.
In order for us to make the best articles possible, share your corrections, opinions, and thoughts about "Naomi Randall Profile" with us!
When reporting a problem, please be as specific as possible in providing details such as what conditions the problem occurred under and what kind of effects it had.