How to Get the Digital Soundtrack | Scarlet Nexus

How to Get the Soundtrack

Get the Digital Deluxe Edition 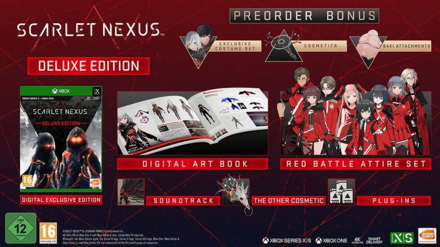 The Digital Deluxe Edition comes with a copy of the SCARLET NEXUS Digital Soundtrack. There are 38 tracks including the Scarlet Nexus opening theme, Dream in Drive by The Oral Cigarettes.

Get the Brain Punk Bundle DLC 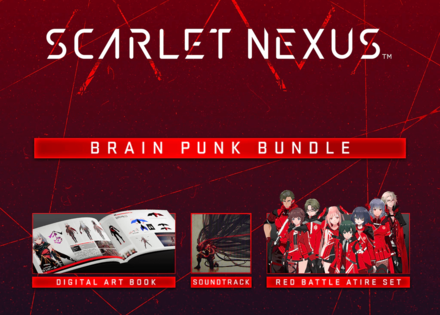 The music of Scarlet Nexus has always played a large part in the game's marketing. Prior to release, Bandai Namco announced its collaboration with The Oral Cigarettes to produce the Scarlet Nexus Opening Theme, Dream in Drive.

The song is but 1 of the 38 included tracks in the Digital Soundtrack. If you liked it, then the soundtrack promises more of the same!

In order for us to make the best articles possible, share your corrections, opinions, and thoughts about 「How to Get the Digital Soundtrack | Scarlet Nexus」 with us!