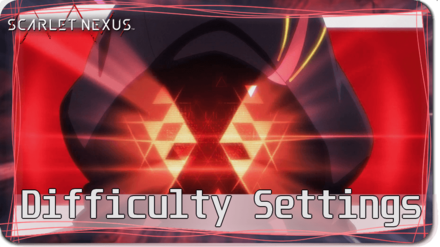 This is a guide to Scarlet Nexus' Difficulty Settings for the Playstation, Steam, and XBOX. Read on to know about Scarlet Nexus' difficulty settings, how to change it, and its effects. 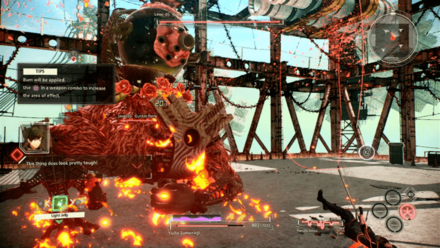 Naturally, the harder or easier the game's difficulty, the more an enemy's damage output also gets stronger or weaker. Use this if you're dying to enemies or bosses more often than not.

Alternatively, you may refer to our leveling guide to amp up your character's stats if you don't wish to turn down the difficulty!

How to Level Up Fast: BP Farming Guide

Together with a dampened/strengthened damage output, enemies HP pools become smaller/bigger depending on your chosen difficulty setting. This forces you to learn enemy patterns when playing on hard mode or you'll be seeing the game over screen far more often than normal. 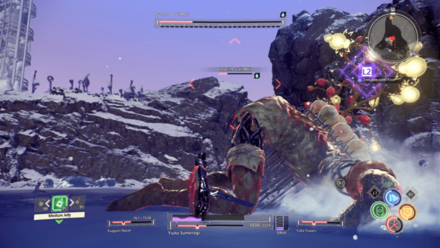 Enemies that you encounter on the field will have a bigger or smaller Crush Gauge, necessitating more or fewer hits before you can use Brain Crush on them. Higher difficulty settings will you see spending more time depleting an enemy's Crush Gauge than you would on lower difficulties.

Easy Difficulty Is Recommended for Newcomers

For players that are new to the ARPG genre, Easy difficulty may perhaps be the best choice for them. Enemies are quite a breeze to fight through, as a player's damage output and an enemy's survivability become stronger and weaker respectively. This setting is recommended for players new to the genre or for players who wish to just enjoy the story.

For the majority of players, we highly recommend choosing the Normal difficulty. Enemies will still pose a challenge and you'll still need to learn certain enemy and boss patterns to emerge victorious in battles, but the challenge and learning curve are not too high as to make the game difficult, making it the best and most recommended difficulty of the three.

Hard Difficulty Is Too Challenging

The Hard difficulty is meant for seasoned players of Scarlet Nexus. Here, enemies will hit harder and take longer to defeat. It is an extreme challenge that is difficult to conquer, and may take more time to finish a playthrough on compared to the previous two difficulties. The amount of time spent alone on trying to defeat regular enemies makes Hard a difficult challenge to get through, and is easily the least recommended setting for players.

How to Change Difficulty Settings

Go to the Options Under Settings then Change Difficulty 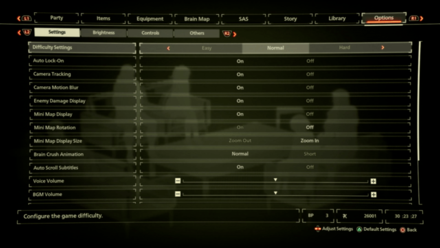 Register as a member and get all the information you want. (It's free!)
Login
Opinions about an article or post go here.
Opinions about an article or post
We at Game8 thank you for your support.
In order for us to make the best articles possible, share your corrections, opinions, and thoughts about "Difference of Difficulty Settings : Best Difficulty Settings" with us!
When reporting a problem, please be as specific as possible in providing details such as what conditions the problem occurred under and what kind of effects it had.