This is a page on Visuals for Scarlet Nexus for the Playstation, XBOX, and Steam platforms. Read on to view the full list of Visuals in the game and learn the best character customization options!

Visuals are pieces of Equipment that alter the aesthetics and appearance of the character equipping it, allowing for a more personalized experience while handling characters. Two types of Visuals exist – Costumes and Attachments.

Costumes will change the entire visual appearance of a character from head to toe, while Attachments only add small pieces of visual elements on your character's body.

No Effect On Stats

As simple cosmetic pieces, Visuals do not have any effect on how your characters perform in combat. Their only purpose is to serve as a modifier to the visual appearance of your characters as they move and explore the world of Scarlet Nexus.

How to Get Visuals?

Can Be Bought in the Store 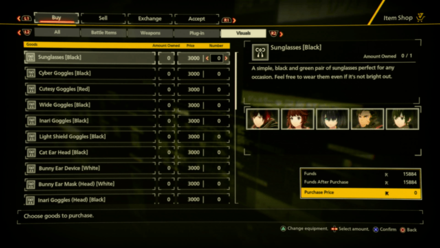 As soon as you can get access to the Archivist's Shop, you will be able to purchase Visuals in exchange for Money. Visuals are quite expensive to purchase, which may require more than a few thousand Money if you wish to equip your whole team.

For a guide on how to get Money, check out our Money Farming Guide below!

Can Be Exchanged in the Store

Similar to how you can buy your Visuals, another method would be to exchange Materials for them. The Materials you will need will depend on the Visual you will be getting.

For a guide on how to get Materials, check out our Material Farming Guide below!

How to Farm Materials 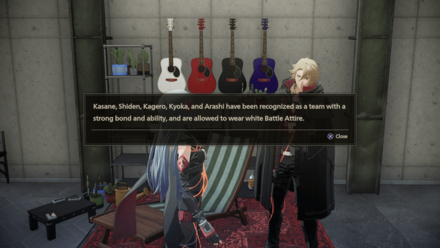 Certain Visuals can only be unlocked by increasing the Team Bond Level. Upon reaching an appropriate level, a Visual (or Visual Sets) will be placed in your inventory, ready for use.

Some equipment – Costumes, Attachments, Plug-ins and even Weapons – can only be gained through Add-Ons. These can be acquired through the Accept tab of the Archivist's Shop, which deposits these Visuals into you inventory upon claiming.

How to Change Costumes

Can Be Equipped on the Visuals Menu 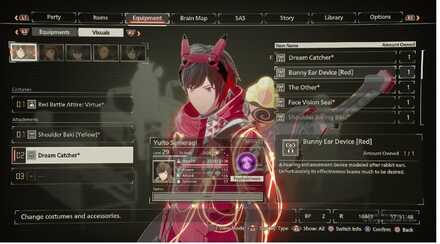 It is on this menu tab that you can customize the overall outfit of your character, giving them a style that stands out – even in the thick of combat. 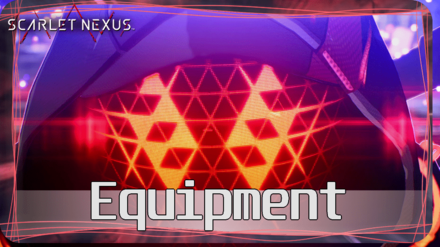 Register as a member and get all the information you want. (It's free!)
Login
Opinions about an article or post go here.
Opinions about an article or post
We at Game8 thank you for your support.
In order for us to make the best articles possible, share your corrections, opinions, and thoughts about "List of Visuals: Costumes and Character Customization Options" with us!
When reporting a problem, please be as specific as possible in providing details such as what conditions the problem occurred under and what kind of effects it had.