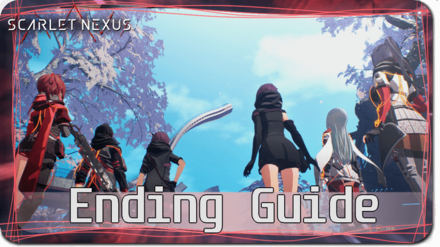 This is a guide on the ending for Scarlet Nexus on the Playstation, XBOX, and PC (Steam) platforms. Read on to find out what the differences are in the ending for both characters, how party members' stories will end, and more!

An End to Karen Travers 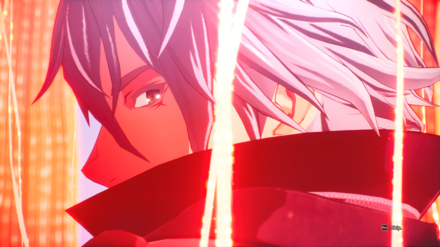 As a team, both Kasane and Yuito, along with every other available member of the OSF, put an end to Karen Travers' madness that nearly placed the world at risk.

After a great battle that involved several changes in his form, the team manages to beat him back, resulting in the death of the time-travelling Travers. 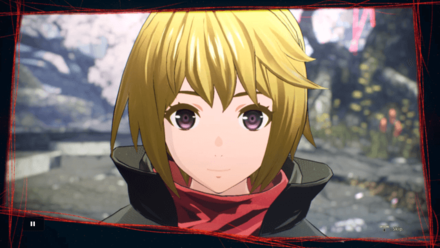 Regardless of which story route, Karen sacrifices himself to save Alice. She will appear in the present timeline alive and well, with Karen passing away earlier.

An End to the Extinction Belt

Both Yuito and Kasane, with the help of Karen himself, join together to use their Psionic powers to close the Kunad Gate with the use of the Arahabaki, dissipating the Extinction Belt from where the Others come from in the process.

With no new Others appearing from the now dissipated Extinction Belt, the world has changed – and no one apart from Kasane, Yuito, and the rest of their team remembers who Karen Travers is.

The Team Goes Their Separate Ways 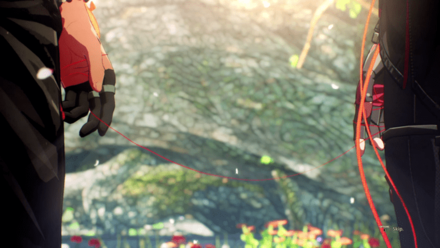 After a round of conversations with members of the team, the members of the OSF part ways – Yuito to remain in New Himuka with a quest to restore the Sumeragi name, and Kasane now intent to head to the moon in an effort to tackle the problem of the Others directly at its source. As they share final farewells, both do not realize the red strand that now connects their hands.

Dead Characters Do Not Come Back

While Alice will live in the ending, other characters that have passed away during both story routes will still not come back. This includes Naomi Randall, Nagi Karman, and Seto Narukami.

Although a majority of the ending remains the same between the two characters you can choose, there are several notable difference in how certain scenarios in the ending play out.

Different Characters on the Lunar Mission 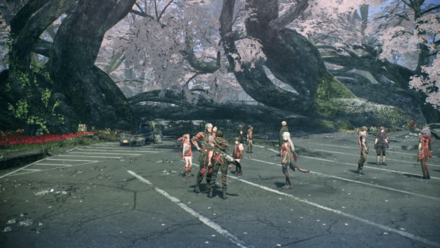 By the end of the story, both Kasane and Yuito decide to part ways. Depending on who you play as, characters will join either of the two leading characters on their own individual journeys.

Register as a member and get all the information you want. (It's free!)
Login
Opinions about an article or post go here.
Opinions about an article or post
We at Game8 thank you for your support.
In order for us to make the best articles possible, share your corrections, opinions, and thoughts about "Ending Guide: Ending Differences" with us!
When reporting a problem, please be as specific as possible in providing details such as what conditions the problem occurred under and what kind of effects it had.