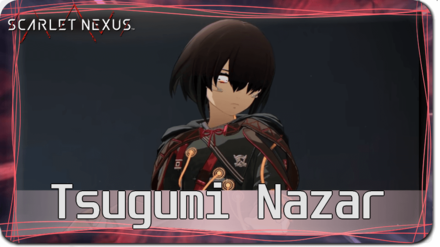 This a profile summary about Tsugumi Nazar, a character in Scarlet Nexus for the PS4, PS5, Steam, and Xbox. Read on to learn Tsugumi Nazar's Character Profile, Kinetic Abilities, Bonding Scenarios, and Best Combo Breakdowns. 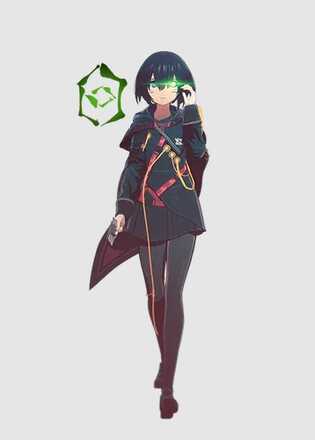 A shy OSF member. She often stutters when feeling exceedingly nervous while talking to others, and feels down because of it afterwards. However, she always says what needs to be said, strictly and clearly, and never loses her composure even in battle.

She is very competitive, and respected as a soldier with very good abilities. She likes gardening and due to the nature of her powers, she often succeeds in growing very difficult species.

Although she likes spending time alone in nature, she cherishes and cares about the people in her life she trusts. 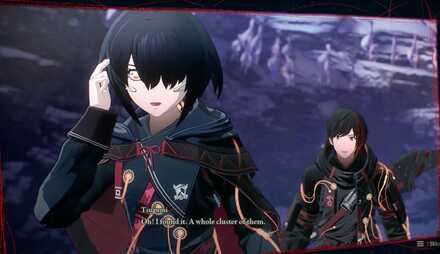 Tsugumi is an introverted person who shies away from conversation. Her history of social discomfort can be brought up as Yuito speaks with Tsugumi during bond phases, revealing that she has been outcasted because of her clairvoyance and so has taken solace in nature instead.

Tsugumi can be seen warming up and speaking relatively more freely when talking to Yuito about plants. This leads to the duo on an adventure to find a rare plant in the game. 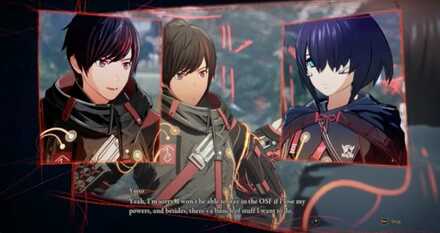 Tsugumi can be seen asking Yuito for updates about the plants in the hideout. She then thanks Yuito for giving her newly found courage and self-confidence, and expresses her wish to stay in Yuito's platoon forever.

Executing a Read Attack on enemies that have shelled Weak Spots will cause the shell to forcibly break, leaving you with the ability to strike at the Weak Spot freely.

Enemies that shroud themselves from you with Invisibility can easily be seen by making use of Clairvoyance. Striking at these enemies while they're invisible will cause them to be stunned momentarily, giving you ample amounts of time to sink in whatever damage you can against them.

Dodging enemy attacks at the last minute gives you a powerful counterattack ability when you're making use of Tsugumi's Clairvoyance, as you can strike back at your foes with speed.

Below is a list of all gifts you can give to Tsugumi to raise your Bond Level with her:

Register as a member and get all the information you want. (It's free!)
Login
Opinions about an article or post go here.
Opinions about an article or post
We at Game8 thank you for your support.
In order for us to make the best articles possible, share your corrections, opinions, and thoughts about "Tsugumi Nazar Abilities and Profile" with us!
When reporting a problem, please be as specific as possible in providing details such as what conditions the problem occurred under and what kind of effects it had.