How to Enter Gates in Arahabaki | Scarlet Nexus 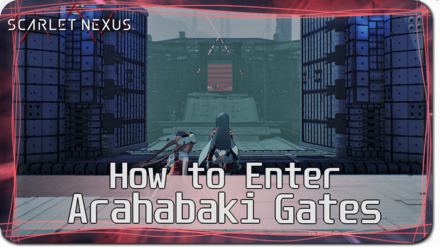 This ia guide on how to enter and pass gates in Arahabaki on Scarlet Nexus for the Playstation, XBOX, and PC (Steam) Platforms. Read on to know how to pass through the gates and the closing doors in Arahabaki! 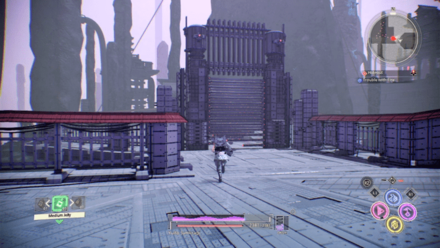 Scattered all around Arahabaki are three kinds of Gates that will impede your progress through the area or to valuable resources. Depending on who you're playing as, getting past these gates may require you to revisit the area later on when you have access to a wider variety of SAS Abilities, as they will be needed to move through these gates.

How to Enter Gates

Closing Gates are gates that lock up via horizontal metal bars that close its open section once you get near it. You can go through it by using Hypervelocity – propelling you to speeds that beat the gate's quick closing.

Another way of passing through Closing Gates is by using Invisibility. Activating it in front of the gate will hide players from the gate's camera, keeping it open for you to pass through.

Locked Gates are perpetually locked gates that cannot be passed through. Its central area has been fenced off, with the only option available to you to make it through to the other side being the use of Luka's Teleportation.

Laser Gates will inflict damage against you if you touch the laser grid blocking of its central section. Using Teleportation is one of two ways to pass through safely to the other side.

Another way of passing through Laser Gates is by using Hypervelocity. Once activated in front of a gate, the laser grid blocking off the central section will slowly begin to activate from top to bottom. This gives you enough time to rush through to the other side, where you can safely turn off the SAS Ability.

How to Enter Numbered Gates 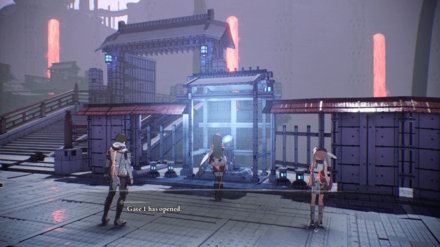 There will be closed, Numbered Gates in this level that players must open in order to progress through Arahabaki. Use the terminals located near or around each gate to open them.

This is a list of all gate and terminal locations in the Arahabaki Sacred Site location in Scarlet Nexus.

This terminal opens Gate 1 in the Bridge of Purity area of Arahabaki. The terminal will be right next to the gate.

This terminal opens Gate 2 in the Hallowed Grounds area of Arahabaki. The terminal will be on the other side of a bridge that players will have to lower.

This terminal opens Gate 3 in the Hallowed Grounds area of Arahabaki. Facing the gate, the terminal will be on the left walkway.

Warning: Enemies will only appear in the central area (where the gate is located) after players interact with the terminal.

This terminal opens Gate 4 in the Worship Hall area of Arahabaki. This will open 1 out of 3 gates that lead to the level's final area.

This terminal opens Gate 5 in the Worship Hall area of Arahabaki. This will open 2 out of 3 gates that lead to the level's final area for the Yuito Route.

The terminal is easy to miss. Upon passing through the Locked Gate using Teleportation, the terminal will be found to your left.

This terminal opens Gate 5 in the Worship Hall area of Arahabaki. This will open 2 out of 3 gates that lead to the level's final area for the Kasane Route.

The terminal is easy to miss. Upon passing through the Closed Gate using Hypervelocty or Invisibility, the terminal will be found to your right.

This terminal opens Gate 6 in the Worship Hall area of Arahabaki. Both Yuito and Kasane routes share this terminal.

In order for us to make the best articles possible, share your corrections, opinions, and thoughts about 「How to Enter Gates in Arahabaki | Scarlet Nexus」 with us!