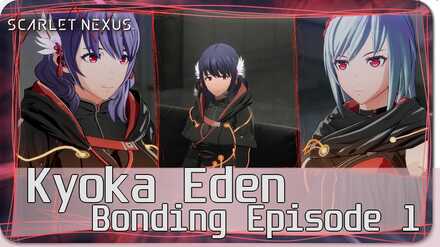 This is a guide to unlocking Kyoka Eden's Bond Episode No. 1 in Scarlet Nexus for the Playstation, XBOX, and Steam. Read on to know how to unlock Kyoka Eden's bond episode. 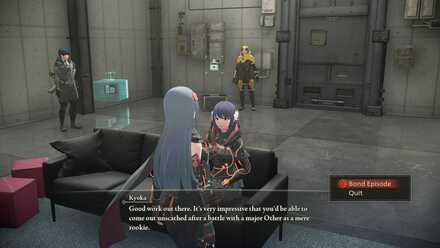 Kyoka Eden's Bond Episode 1 can be unlocked during Standby Phase 1 of the Kasane Route. It will become immediately accessible after watching the Randall Hideout cutscene.

The Bond Episode is another short cutscene where the player gets to know more about Major Kyoka. 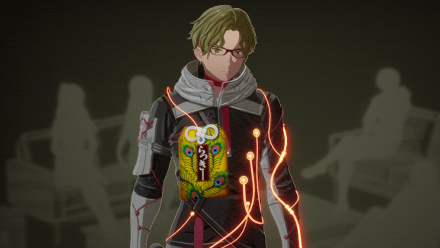 Upon completion, players will acquire the visual item, Kyoka's Charm. It can be equipped by your character or any of your party members. 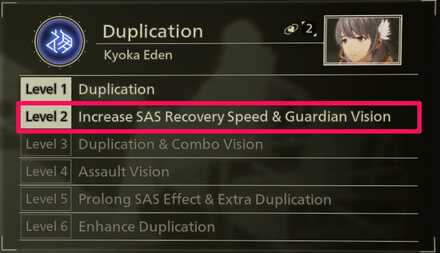 Upon completion, Kyoka Eden's SAS: Duplication will be raised by 1 level. For a detailed guide on what each level gives, visit our SAS Guide page on Duplication. 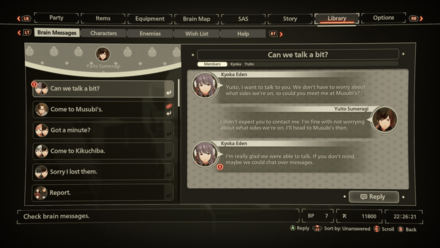 Kyoka Eden's Bond Episode 1 will become immediately accessible during Standby Phase 4 of the Yuito Route. Kyoka will send you a Brain Message titled Can we talk a bit? Reply to this message to begin the Bond Episode.

After the Bond Episode, Kyoka will send you another Brain Message. Make sure to reply to it.

In order for us to make the best articles possible, share your corrections, opinions, and thoughts about 「Kyoka Eden Bond Episode 1: How to Unlock | Scarlet Nexus」 with us!