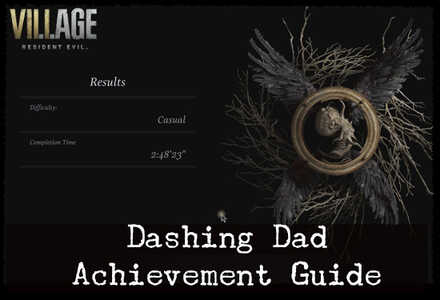 Here is a complete guide speedrunning and how to unlock the Dashing Dad Achievement for Resident Evil Village (Resident Evil 8). To know more about key strategies for unlocking this achievement, read on!

What is the Dashing Dad Challenge? 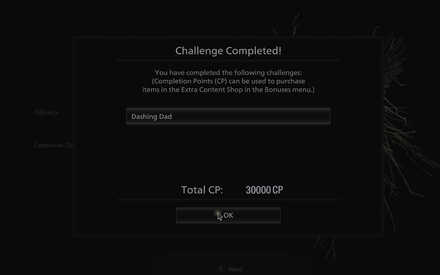 The Dashing Dad Challenge, or Speedrun Challenge, is one of the Challenges in Resident Evil Village. The goal is to finish the story in under 3 hours. While completing this challenge may seem impossible on your first attempt of playing the game, it is very much doable in your New Game Plus 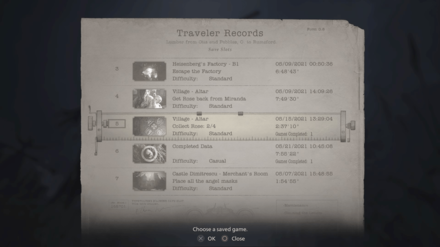 While finishing the game once is not a requirement, it will make things easier for you moving forwards as you try to get the Dashing Dad Achievement. You'll need the knowledge of where to get items and how to solve puzzles, along with where enemies tend to pop up in the different areas of the game to easily speed through the game.

Finishing the game also unlocks the Extra Content Shop, allowing you to unlock more power guns and even Infinite Ammo. 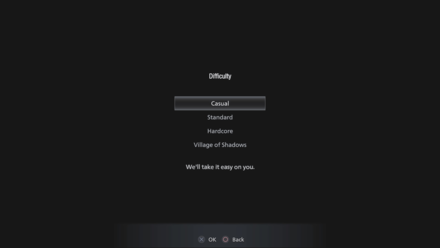 Finishing the game is an accomplishment in and of itself. However, speedrunning the game on higher difficulties will prove to be difficult as enemies will be tougher and stronger. We recommend you to play on Casual on a New Game Plus so you can breeze through most enemies.

Regularly Check the Time on the Pause Menu 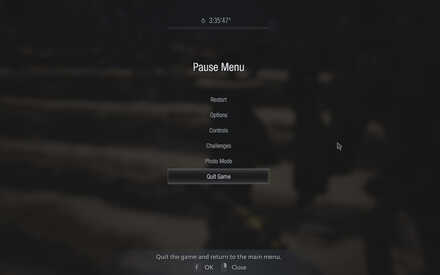 You can check how much time you have left in the Pause Menu. Accessing the Pause Menu also stops the timer on your playthrough giving you enough time to plan your next move. 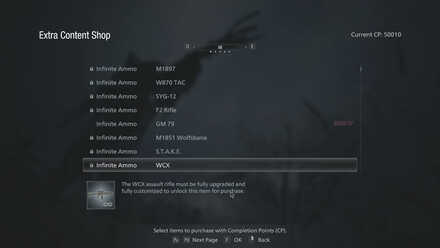 Make sure you have unlocked Infinite Ammo for your weapons before you attempt this challenge. Having Infinite Ammo makes it easier to take out enemies before they close in your position.
How to Unlock Infinite Ammo

How to Get the Dashing Dad Trophy 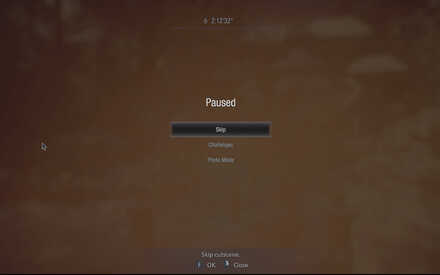 Cutscenes are counted in your gameplay. If you have the option of skipping a cutscene, it is highly recommended that you do so. The game has a good amount of cutscenes you can skip if you've already completed the game once. Skipping can save you a a good amount of time in your overall gameplay time.

Go Straight to the House with a Light 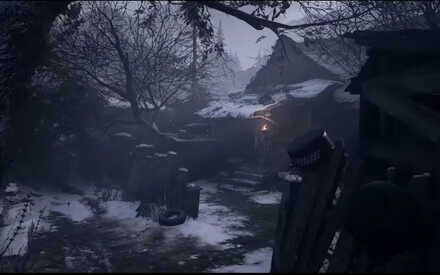 After sliding down to the Village, instead of going to the house that triggers the dragging of the dead horse, go directly to the house by the Iron Insignia Gate.

Go Crazy in the Lycan Attack 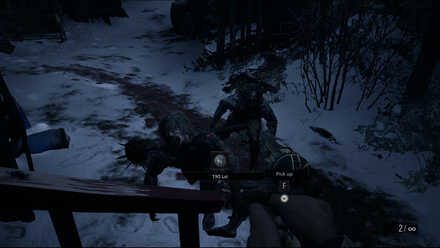 Don't wait for Lycans to spawn to your location. If you have a Rifle or Magnum equipped with Infinite Ammo, you can just go out and start shooting enough Lycans to trigger the next cutscene. 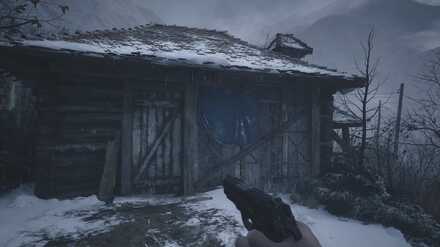 In your first visit to the Village, go directy to this shed and avoid fighting the Lycans entirely. Go over the hole in the wall, and wrap things up in Luiza's House. The Lycans will be gone by the time you finish everything in the area.

The Hall of the Four Puzzle 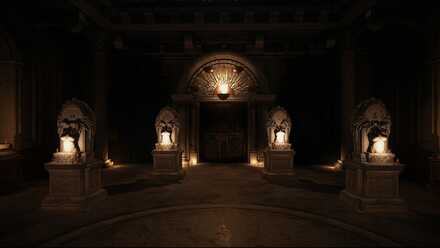 The fastest way to clear Castle Dimitrescu is to obtain the Mask of the Four in this order:

Don't Go After the Village Treasures 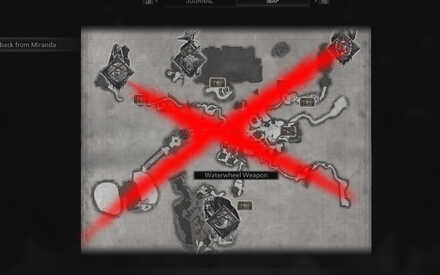 If you're attempting this challenge on New Game Plus, you know you don't need to acquire the Village Treasures to complete the game. Going after these treasures will only waste valuable time. 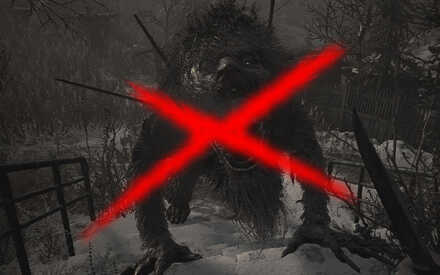 The same goes for the optional bosses in the game: the Varcolac Alfa, Moreau Treasure Varcolac, Beneviento Treasure Giant, and the Cannibal's Plunder Giant. These bosses can take 10-15 mins to defeat. These numbers may not sound a lot, but every second counts in this challenge. 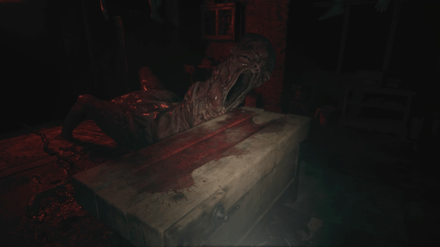 When escaping the Baby the first time you face it, use the workshop table to circle around it and dash to the Breaker Box.

While you can opt to go through the Medicine Room and through the crawling space where you got the Scissors, it will require you to take another lap through the basement because the Baby will follow the same path you choose.

Go Straight for the Boat Key 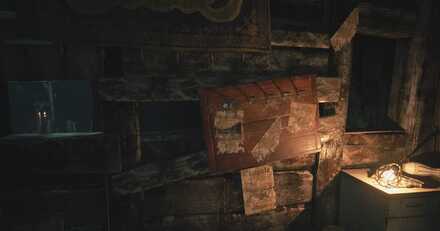 After taking the Arns Flask, go directly to the house with the Boat Key before going to the boathouse. It's not a lot, but going directly for the Boat Key can save you a few minutes.

Run Towards the Zipline 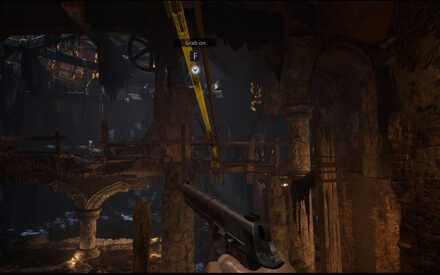 You do not need to kill every Lycan in the Stronghold. As soon as you enter the den, run towards the zipline and kill only the ones in your path. After riding the zipline, go straight for the door where the Armored Lycan spawns. Throw a Pipe Bomb or use the GM 79 to take down the group, then go through the door and the Lycans won't follow you.

Haulers can be Ignored 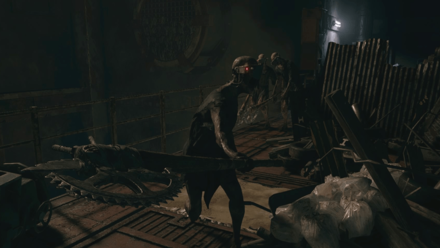 The Factory can be the trickiest stage in the entire village. Most Haulers are so slow, you can get past them without having to waste bullets. The real enemies you should focus on are the Soldats since they can guard their red chest piece. Use a Magnum or a Rifle to stagger them and deliver the killing blow when they are down.

Go for the Head 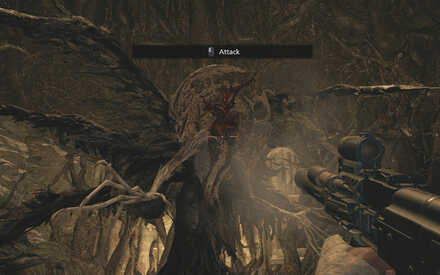 The Finale itself isn't very time-consuming. You can save a lot of time as Chris Redfield if you take out the groups of Lycans using the hand grenades. The Finale also has a few cutscenes you can skip if you've already finished the story once.

In order for us to make the best articles possible, share your corrections, opinions, and thoughts about 「Speedrun Guide | Dashing Dad Achievement | Resident Evil Village (Resident Evil 8)」 with us!