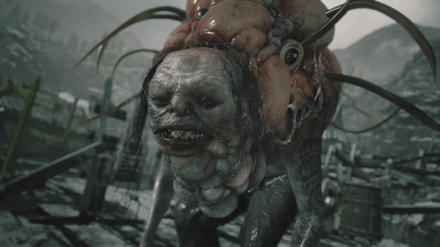 This is a guide on how to beat Salvatore Moreau, a boss in Resident Evil Village. This Salvatore Moreau Boss Fight Guide will explain his attack patterns, weaknesses, and include tips and tricks on how you can defeat him!

Once you have successfully drained the small lake Moreau hides in, he will move away to a different location. You must get through him to be able to escape his domain with his part of Rose. 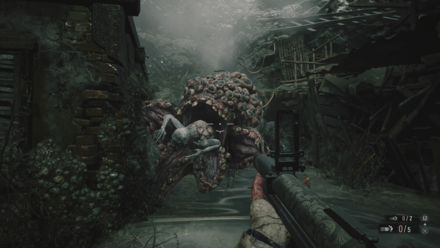 Moreau's transformed form is surprisingly fast for its size. Couple this with the water slowing your down as you move around, and it is easy for the creature to catch up to you for a hit if you don't move quickly enough.

It has four main attacks: guzzling acid at you, charging straight towards you, making it rain acid, and a simple hit when you get in too close that knocks you to the ground.

How to Beat Salvatore Moreau 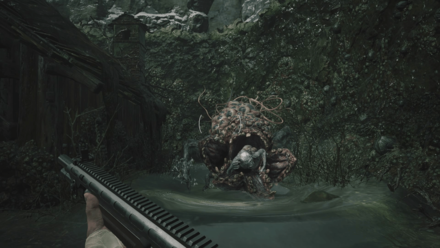 Once the fight begins, you'll see a body similar to that of Lady Dimitrescu's monster form protruding out from the creature's mouth. Target that with your weapons. The best choice for this task will be the grenade launcher and shotgun. 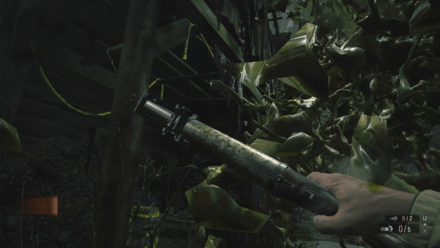 Every so often, Moreau will attempt to spew acid on you. It will rear its head back and expose the human-like tongue out. Use your Grenade Launcher when it does this to disrupt its attack, or simply run away as it has to stop in its tracks to do this. 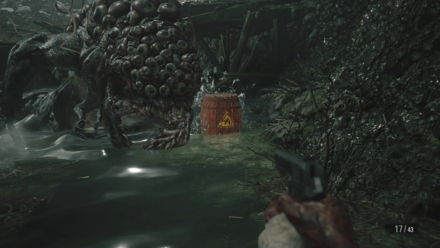 Around the area you fight in, there are red barrels you can shoot once Moreau gets too close to them. This deals out massive amounts of damage while at the same time conserving your ammo for you. 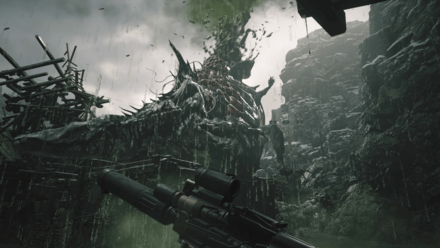 Once you have dealt it some damage, Moreau will climb up on top of one of the buildings in the area. He will spew out acid and make it rain down. Staying out in the open and getting rained on will drain your health quickly, so it's best to find cover wherever you can.

Run When It Grows 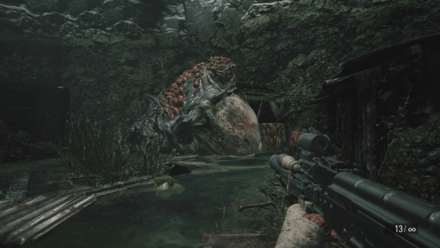 Moreau will often begin to expand in size – do not attempt to attack it during this phase, as he will simply ignore all damage you throw at it. Instead, run away or use cover, as when he catches up to you, he will spew even more acid at you.

Hit Him When He's Down 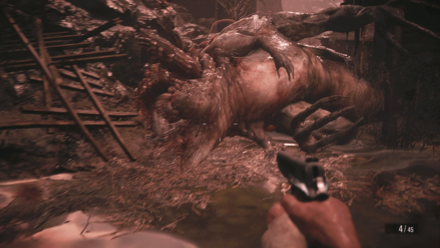 After dealing it enough damage, the creature will lay on its side, with the human-like appendage sticking out of its mouth. This is the time to hammer it with your weapons. It is best to do this from a distance, as when it rises again it is easy for you to get swiped at if you are too close.

Only use your pistol and rifle, if you still have them, as backups for this fight. Pistols are moderately useful when Moreau goes down on its side, leaving its human-like tongue protruding out. Shoot at it quickly for a decent amount of damage, but otherwise, it's best to make use of the shotgun and grenade launcher for the majority of the fight.

In order for us to make the best articles possible, share your corrections, opinions, and thoughts about 「How to Beat Salvatore Moreau | Boss Fight Guide | Resident Evil Village (Resident Evil 8)」 with us!