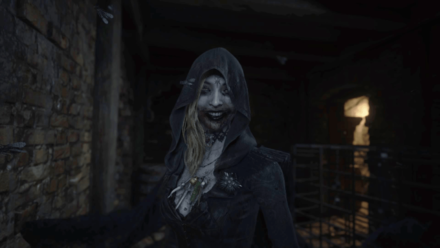 This is a guide on how to beat the Dimitrescu Daughters, three bosses in Resident Evil Village. This page will explain the daughter's attack patterns, weaknesses, and include tips and tricks on how you can defeat them!

Just after your first encounter with Moroaicas, Bela will chase you through the dungeons, where you'll be forced to fight her inside of a small room.

After managing to get the Iron Insignia Key from the piano puzzle, Lady Dimitrescu will chase you around the Opera Hall. Use it on the locked door on the second floor that leads into the library, where you'll encounter Daniela.

Once you have managed to get inside of the Hall of Pleasure, taking the mask off of the statue will lock you inside, forcing you to go to The Armory to confront Cassandra. 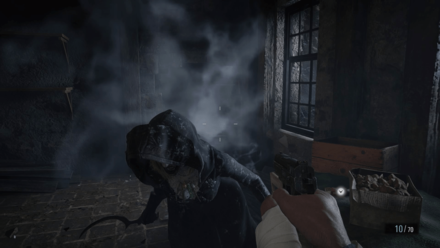 As the very first "Boss" encounter you'll have, Bela doesn't do much in the way of harming you. Her primary means of causing damage would be to stumble slowly towards Ethan with her sickle at the ready – she strikes with this once close enough. 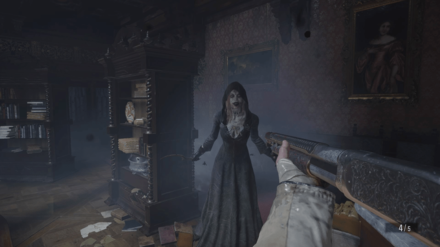 Daniela uses the sisters' powers of being able to become a mass of flies far more often than the fight with Bela. These flies tend to obscure your field of vision, particularly when Ethan raises his hands up in front of him. She will either quickly disappear and reappear – like short teleportation – to get close to you for a strike, or simply float her way towards you. 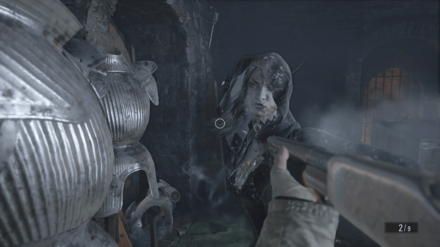 Cassandra possesses an advantage in this fight when it begins. She uses her skills as much as Daniela does, with the added difficulty of being in a small and cramped room. Much like Daniela, she will use her powers to stalk towards you to get in for a hit.

How to Beat the Dimitrescu Daughters 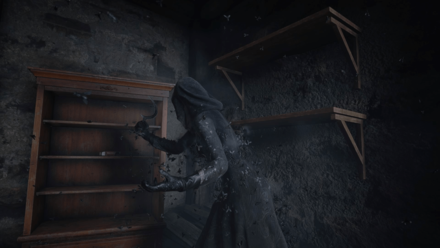 The room you fight the Bela in is very cramped and tight, with not much room to maneuver. Be careful when trying to back away from her, and try not to run past her when she's close, as she will still manage to hit you.

Blow Out the Windows 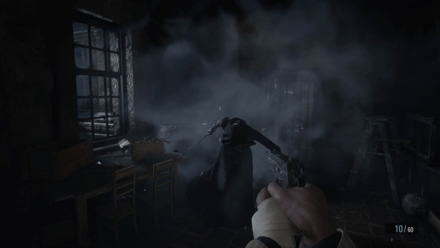 The Daughters of Dimitrescu all share a weakness to sunlight and cold weather, as it disrupts their ability to turn into insects. Blow out the windows in the room to prevent her from turning incorporeal, and shoot at her when she stumbles. She will freeze up eventually, allowing you to score the skill with one last shot. 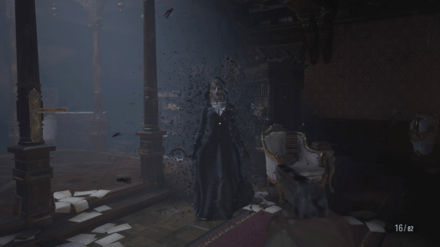 Distance plays a key role in this fight. Due to her using her abilities, she can quickly gain ground on you. Turn your back to her and run around in the circular room you're in, collecting ammo if you need them.

Once you have opened up the sunroof, shoot at her from safety. 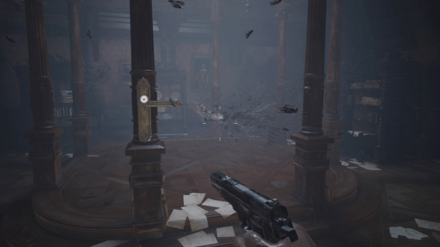 You will find a lever embedded into one of the pillars at the center of the room. Use this to let in a gust of cold air to make Daniela vulnerable. She will try to avoid you then, running behind bookshelves to protect herself. As soon as you hear the mechanism of the lever start to slowly clink, run back to it and wait for it to be usable again.

Shoot From a Distance 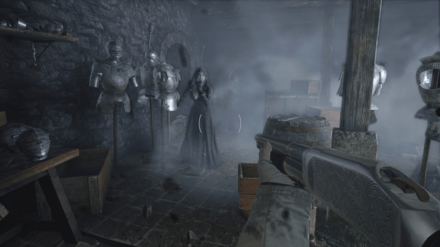 Similar to the fight against Daniela, it is essential that you keep your distance from Cassandra, as she can easily swipe at you or distract you with her flies if you're close enough. The area around you is tight but does possess plenty of obstacles for you to use to slow her down in her chase. 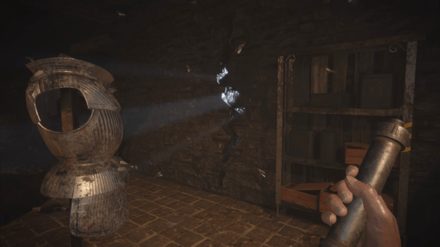 You will notice a section of the wall where you can push a cabinet aside. It will reveal a broken wall, with sunlight peeking through. As soon as Cassandra shows up, run to the corner of the room where you'll find some bombs. Use these to break the wall, and shoot at Cassandra then to finish the fight.

The LEMI and the M1897 are the standard weapons you'll be able to have by the time you reach the daughters, and both can be found when you first arrive at the village. Both weapons offer significant damage against these three early bosses but are only really effective once you exploit their weakness.

Use the LEMI if you wish to save up on the bullets for the M1897, but ensure that all shots make it to the Daughter's heads to reduce the number of bullets you'd need.

In order for us to make the best articles possible, share your corrections, opinions, and thoughts about 「How to Beat the Dimitrescu Daughters: Bela, Daniela, and Cassandra | Resident Evil Village (Resident Evil 8)」 with us!