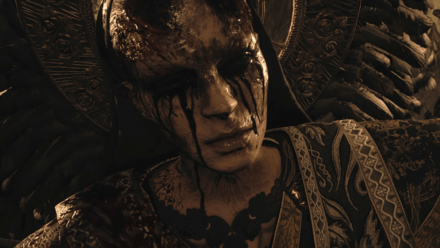 This is a guide on how to beat Mother Miranda, a boss in Resident Evil Village. This Mother Miranda Boss Fight guide will explain her attack patterns, weaknesses, and include tips and tricks on how you can defeat her!

The path to Mother Miranda's "arena" is a straightforward walk from where you leave The Duke and his shop, after finishing up with Chris' section in the main story. There will be roots blocking your away – interacting with it begins the battle, so be prepared. 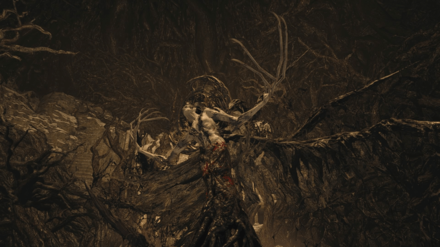 Arguably the toughest boss of Resident Evil Village, Mother Miranda makes use of three forms in this fight. The first is her basic form where she's on the ground, with her standard attacks being either short-ranged wing swipes or sending up roots from the ground. In her second form, she takes flight, attacking by flying straight at you or sending fiery orbs into the sky to rain down on you.

Her final form sprouts spider-like legs that she will try to stab you with. Miranda also has a jump attack in this form, similar to Urias, where she will suddenly leap up and crash down on you.

How to Beat Mother Miranda 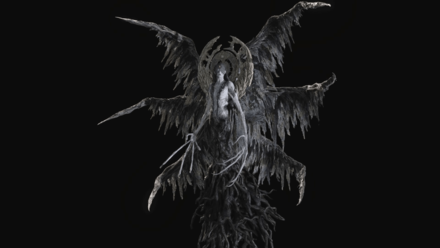 In Mother Miranda's first form, she is on the ground, casually approaching you. This may be her least dangerous form however, you should still watch out for her quick slashes and the roots that rise from the ground. During this stage of the fight, the best strategy is to be constantly moving to avoid her attacks, and then turn around and get a few shots in when you have an opening.

Aim for Her Head 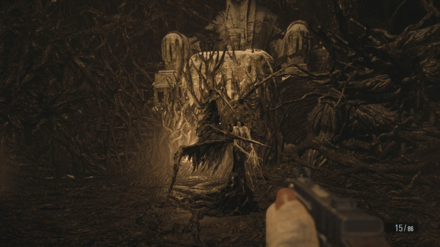 Although it may be difficult, try to land headshots to deal more damage to Miranda. There isn't much time to aim with the F2 Rifle, so it might be better to shoot her point-blank with a hard-hitting weapon, like the SYG-12 or a magnum. Just be aware that being in such close range also leaves you open to attack. 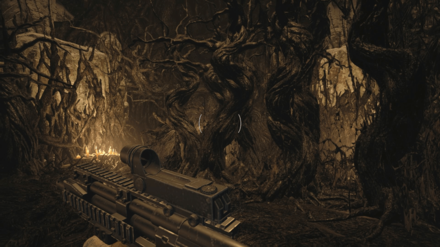 From time to time, Miranda will land on the ground and sweep her arms, causing waves of mold to rush towards you. This is easily avoidable by running to either side as soon as she starts moving her arms. 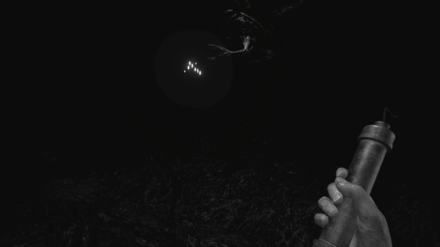 Mother Miranda will sometimes cause the room to go dark, not allowing you to see more than 3 feet in front of you. When you get an outline of her, it usually means that she is about to attack. A well-timed shotgun blast will give you just enough time to hit her and also avoid her attack. If you have the resources, plant a mine or throw a pipe bomb to the ground, so that as she comes in for a strike, it will dish out a large amount of damage to her. 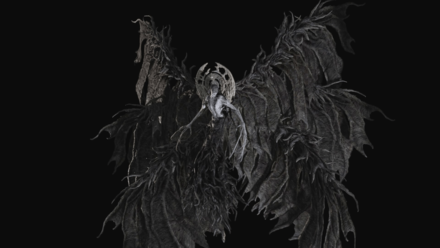 The most dangerous of all of Miranda's forms, her flying form has two types of attacks you should try to avoid – one where she flies straight towards you, and another where she summons balls of light that shoot flames at you. 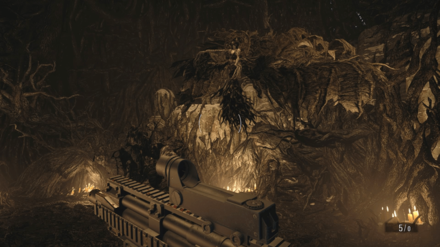 When she is in her flying form, simply run to the side when she flies towards you. Turn around and shoot her as she recovers. 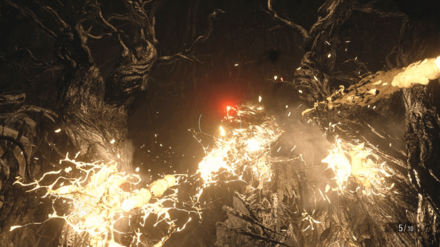 From time to time in her flying form, Mother Miranda will rise into the air and summon orbs. When they turn yellow, they will rain down flames on you. You can choose to avoid these shots by hiding behind roots, or simply avoid the situation altogether by shooting at the balls of light. However, you must deal enough damage to destroy them before they hit you.

She may also begin to charge one giant orb to fire at you. While she's charging, attack the orb to destroy it before she fires at you. 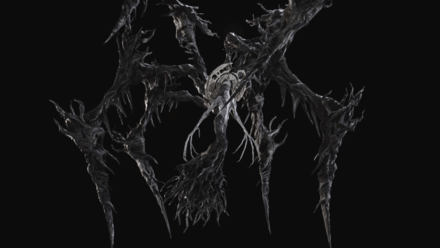 Mother Miranda's spider form is deadly but her attacks are very choreographed. Keep your eyes on her and you should be able to read her movements enough to avoid most of her attacks in this form. 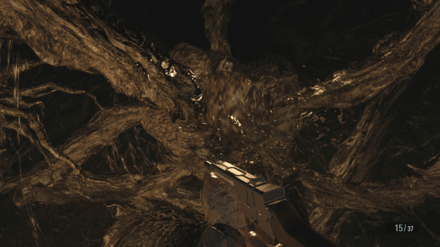 Similar to how Urias jumps into the air to land on you, Miranda can do the same attack in her Spider Form. Be careful of her jumping attack as it deals high damage. If the positioning makes it too difficult to dodge, it's best to at least block. If you see her preparing to jump, sprint away. 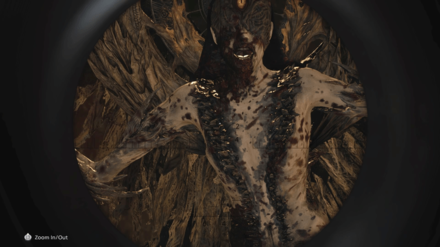 Once again, aiming for headshots is in your best interest. However, Miranda's movements in her spider form make it a bit more difficult to aim than her earlier form. Be careful of missing shots, especially if you are using your stock of Magnum Ammo. Also, be careful of getting too close as her attacks have a wider reach in this form.

As this is the last fight of the game, you are going to want to bring everything you have with you. If you have any remaining Lei leftover, invest it in ammunition and weapon upgrades. You may also want to make sure you have some First Aid Med Items as Miranda's attack pack a serious punch.

The shotgun is particularly effective given the size of the boss arena however, pistols like the V61 Custom and even the F2 Rifle will come in handy when Miranda is at a distance. If you have enough supplies for explosive rounds, don't be shy about firing those at her either.

Strike hard at her head, and don't be shy with expending your ammunition. Make every hit count, and if aiming for the head becomes too much of a challenge, body shots are a good alternative as there are no easy weak points for you to exploit.

Post (0 Comments)
Opinions about an article or post go here.
Opinions about an article or post
We at Game8 thank you for your support.
In order for us to make the best articles possible, share your corrections, opinions, and thoughts about "How to Beat Mother Miranda | Boss Fight Guide" with us!
When reporting a problem, please be as specific as possible in providing details such as what conditions the problem occurred under and what kind of effects it had.