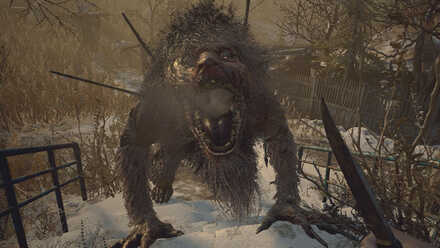 This is a guide on how to beat Varcolac Alfa, a boss in Resident Evil Village. This page will explain Varcolac Alfa's attack patterns, weaknesses, and include tips and tricks on how you can defeat them!

Soon after dealing with Moreau, you'll have the choice of engaging this optional boss – the Varcolac Alfa.

Note: Defeating the Alfa Varcolac is needed to gain the achievement Leader of the Pack. If you didn't grab Luiza's Treasure prior to defeating Moreau, the Alfa will act as its guardian.

How to Get Luiza's Heirloom 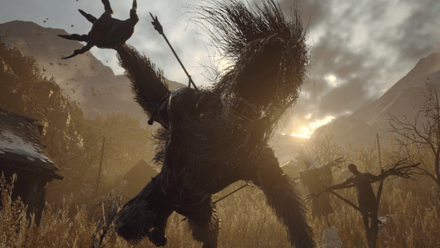 A cut above the regular Varcolacs you encounter in the game, the Alfa boasts higher resistance to damage while being able to inflict tremendous amounts of it against you. Unlike regular Varcolacs, it does not follow you into houses, with the added fact that the area you fight it in is filled with stalks of wheat it can hide in.

Located in the fields outside of Luiza's house, the beast will only ever really engage you within the confines of this space, so trying to get it back to the clearer area of the church will only make it retreat beneath the field's shrubbery.

How to Beat Varcolac Alfa

Use the Grenade Launcher 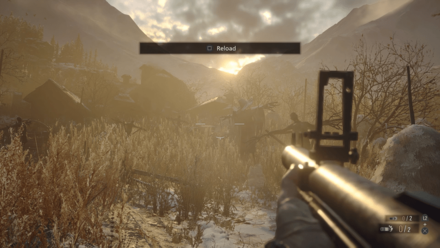 The GM 79 is your most important asset in this fight. Without Mines to use, it serves as a way to disrupt the Alfa's attempts to lunge at you, throwing it to the ground where you can pepper it with pistol or shotgun fire. It is also useful for dealing with long-ranged explosive damage whenever the Alfa hides in the wheats. 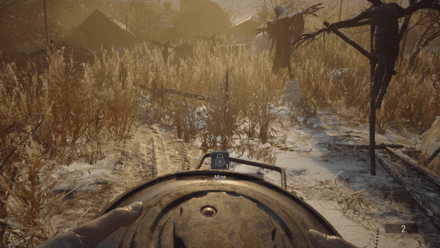 From the layout of the area you fight the Alfa in, there is a short path from the church leading up to Luiza's house that is blocked by a broken-down carriage. From the start of the path near the church, you can plant mines close to where the path leads off into the wheat fields.

You can shoot at the Alfa from a distance afterwards, causing it to run towards you. As long as you keep the Mine in between you and the creature, the Alfa will always run in a straight line over the mines, causing it to stumble and fall. Hammer it with your weapons then. 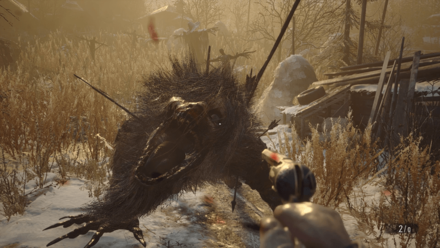 You can go ahead and retrieve the Magnum after you get the Crank during your foray into Moreau's Reservoir. It is a very powerful weapon with extremely limited ammo you can use to take on the Alfa with ease.

Simply use the Grenade Launcher first to get the beast down on the ground, or alternatively use a Mine, and shoot at it with the Magnum. It drastically reduces the number of resources you'd need to dedicate to fighting this werewolf, helping to bring it down far faster than using conventional weaponry.

Mines and the Grenade Launcher are your best friends for this fight, as both can easily cause the Alfa to fall to the ground, leaving it vulnerable for shotgun or pistol blasts to the face.

However, not only does it take some time for this to work, it takes away good resources that you can otherwise keep for other fights against other opponents. It is recommended that you grab the Magnum, as it can easily reduce the amount of time and effort you have to put in to defeat the Alfa. Doing so however takes away the rare amount of bullets you have for the weapon, which can also be used as an alternative ace against other bosses.

Complete the Leader of the Pack Challenge

In order for us to make the best articles possible, share your corrections, opinions, and thoughts about 「How to Beat Varcolac Alfa (Leader of the Pack Achievement) | Boss Fight Guide | Resident Evil Village (Resident Evil 8)」 with us!